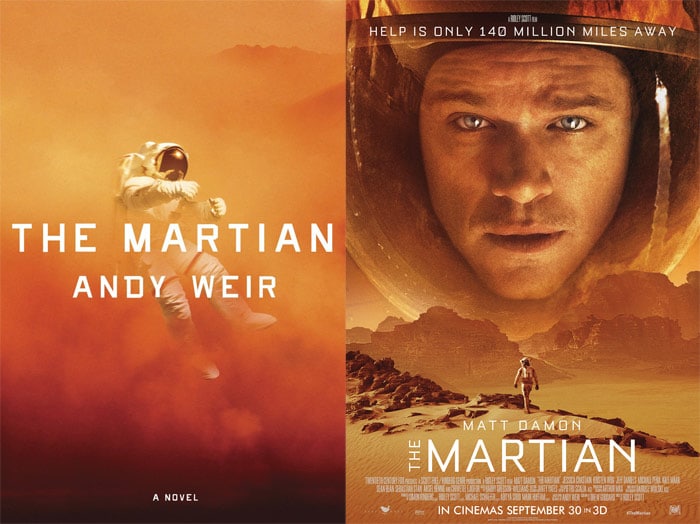 When a popular book becomes a major motion picture publishers change the cover art, or at the very least put a big red sticker one it. The Martian has Matt Damon’s face on half of the editions at the bookstore, ditto with Philip Pullman’s His Dark Materials trilogy. The Witcher book series is particularly awful in this regard, they just took some random piece of unrelated promotional artwork from the game and slapped it on the cover. One of the worst I’ve ever seen is the Gone Girl film tie-in cover. I feel that books lose their charm and appear second rate when their cover art is changed to take advantage of a movie or video game.

Booksellers are the main culprits behind new cover art. Most stores will almost exclusively stock film tie-in covers, and depending on the popularity of the title, a small number of original covers – if the original covers are still in print, and the simple reason for this being that the stores get a MUCH better margin on the film tie-ins and it’s such a shame.

An EX Waterstones employee said “Customers get confused when books claim they are the “movie tie-in edition” because some people think that means the story will be different then the original. In my opinion it would be much easier to simply put up a sign next to the books stating that they are now a major motion picture rather than ruining the cover.”

A publishing executive told Good e-Reader the following “The number of people who don’t like these movie covers (especially to the point of refusing to buy books with them) is pretty small compared to the amount of new buyers they bring in. In most cases a major Hollywood adaptation all but automatically puts a book in the NYT bestseller list for at least a couple weeks and it’s relatively cheap for publishers to put out a new edition featuring the film actors/poster as a cover to draw in even more people who would otherwise have not read the book, especially since a popular film adaptation means the books will be shown face up on tables or in special displays all over the place. Not just in airports but in every major chain bookstore as well as like grocery and drug stores that also carry whatever is in the NYT list.”

Are you a fan of updated cover art and totally against it? Drop a comment below.