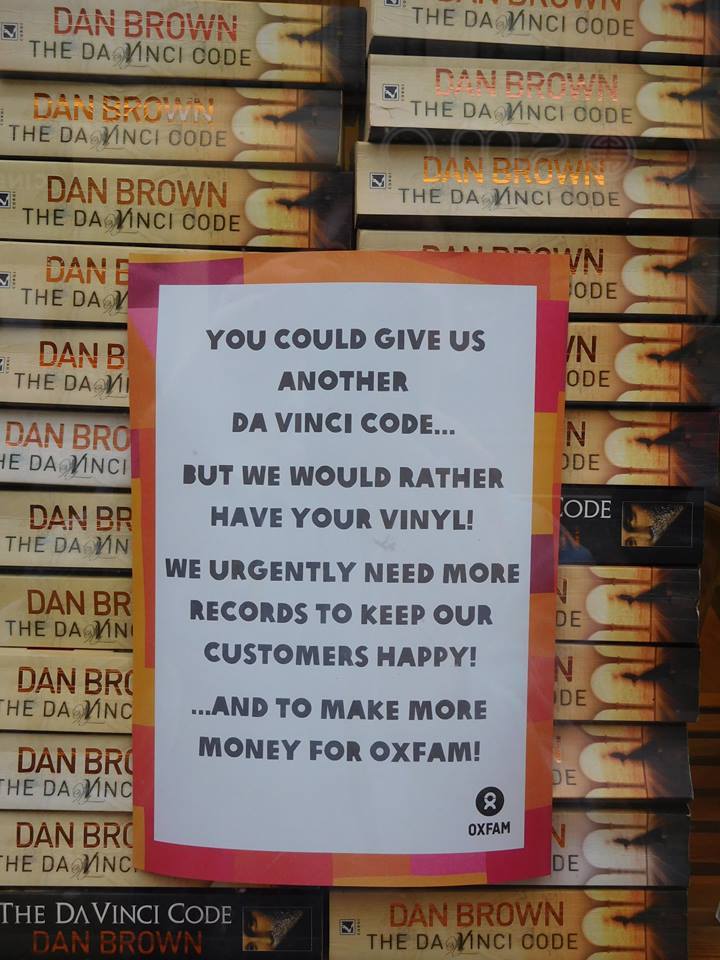 A charity bookstore in Wales is swimming in copies of the Da Vinci Code by Dan Brown. Phil Broadhurst, manager of the Oxfam bookstore in Swansea said “We get them every time we’re sorting books from our regular weekly deliveries. There’s always one, and often three or four, and it’s been like that for years.” 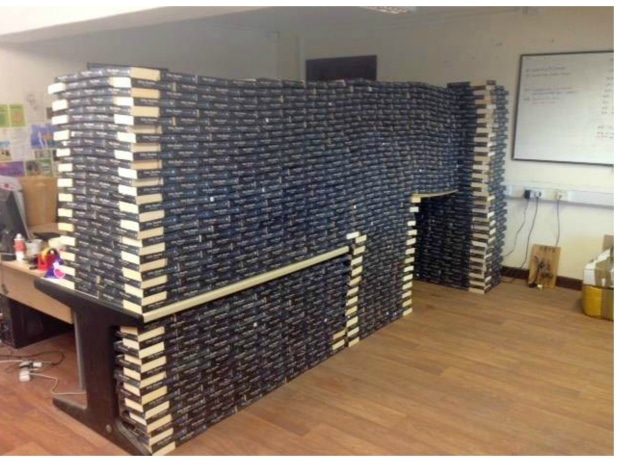 The same bookstore made waves last year when it shared a picture of a massive warehouse fort made out of donated copies of Fifty Shades of Grey by E.L. James.

Having hundreds of copies of the same book is daunting for customers who want to find a book they have not read before. The store is happy to receive any donations of old books you have, but please no more Dan Brown.