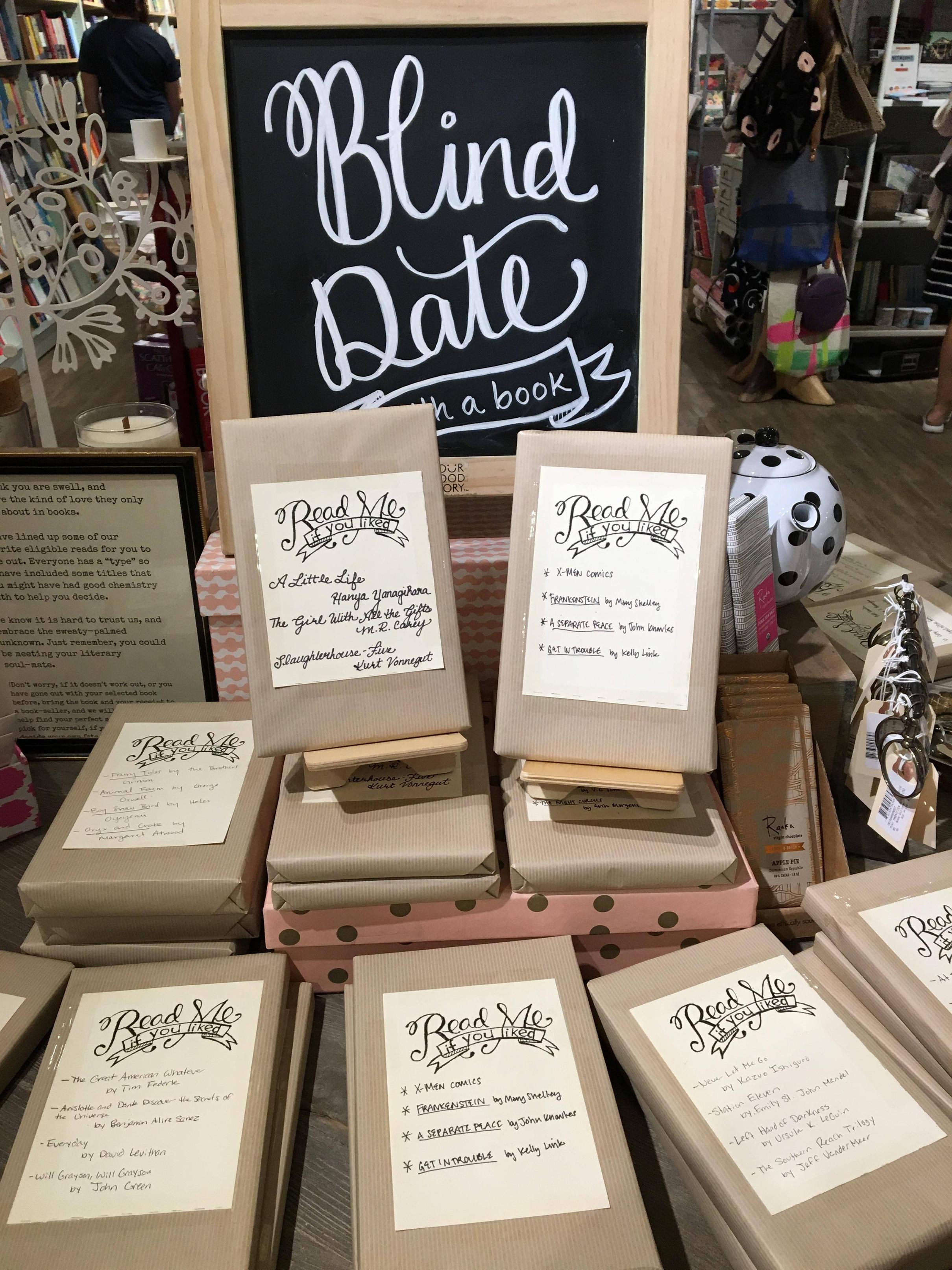 Bookstores all over the world want you to go on a blind date with a book. The thought behind this program is to make the book anonymous so you don’t know the title or authors name. It is normally sold at a discount so you will not pay the full amount.

One bookstore in Homer, Alaska runs a blind date program and  explained that these books are sent free to the bookstore as sample copies not for sale (not final prints), so they sell them for $3 each and give you tokens for each dollar spent, which you can then distribute into your choice of jars, each representing a different local charity.

Book Culture in the Upper Westside in New York has a revolving display of books they selected and wrapped up surprise books based on other books you’ve read and liked. Kind of a Pandora for books.

One interesting new initiative comes from a bookstore in Toronto that operates what they call the Biblio-Mat; it’s a vending machine that dispenses random old books for two dollars a pop. Obviously the recommendation bit isn’t a part of the experience, but it’s a fun, inexpensive sort of reader roulette.

If there is not a bookstore close to where you live that does the whole blind date thing, there’s an online shop in the UK, but they might post worldwide, www.mysterydatewithabook.co.uk.