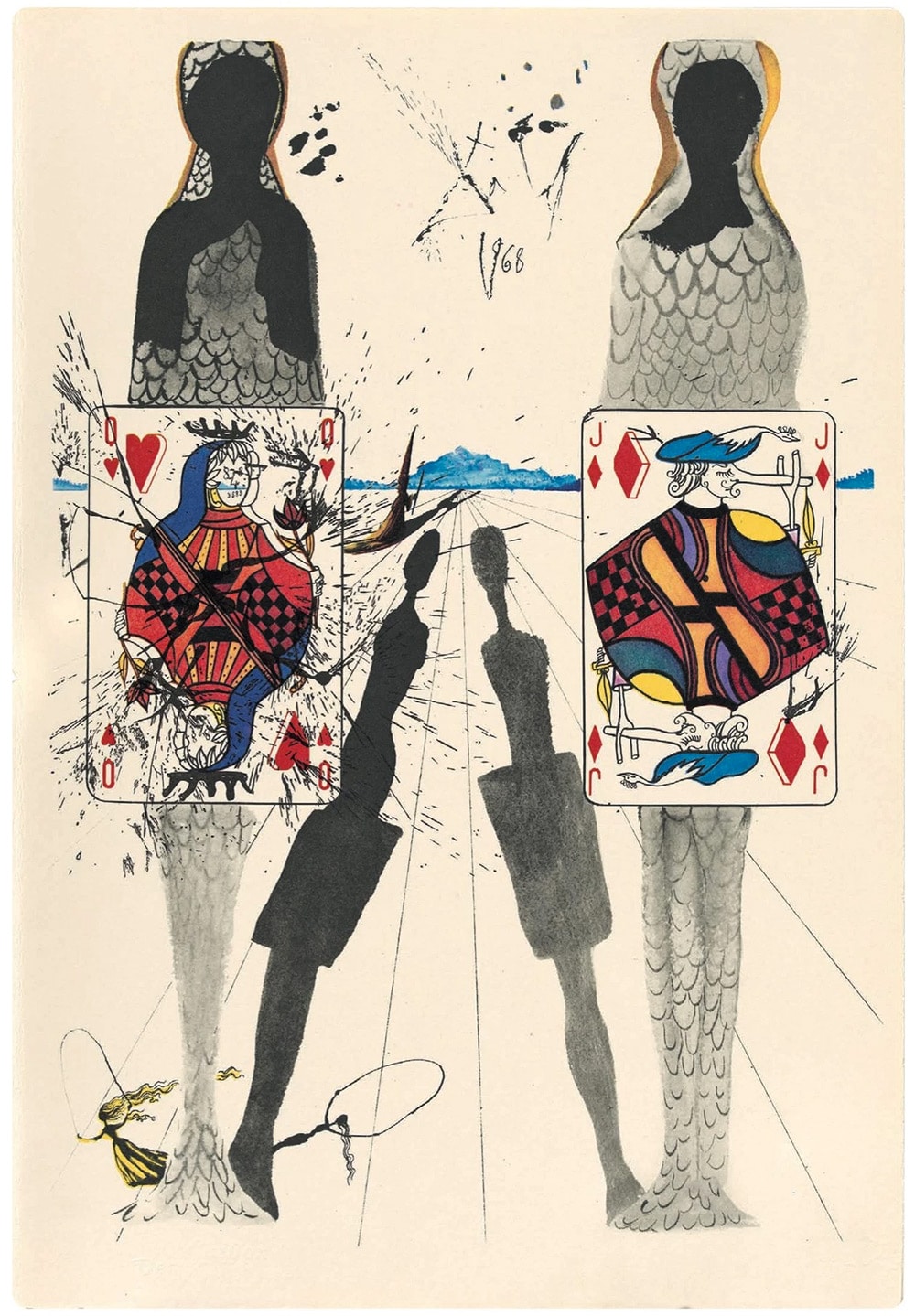 Random House commissioned surrealist artist Salvador Dalí to do a series of illustrations for Alice in Wonderland in the 1960’s. There was a very limited release in which the Dali personally signed every copy and rare book collectors often make this title a centerpiece of their personal collection. However, for the 150th anniversary of edition of Alice in Wonderland with the Dali art is now available on Amazon and published by Princeton University Press.

The deluxe edition, Alice’s Adventures in Wonderland, features an introduction explaining Dalí’s connection to Carroll by Lewis Carroll Society of North America President Mark Burstein, and exploration by mathematician Thomas Banchoff of the mathematics found in Dalí’s work and illustrations.

One Amazon Reviewer said this to say about the Dali Art “This book is a worthwhile addition to the collection of any Dali fan, but people familiar only with his paintings will be in for a surprise: these illustrations, done in a mixture of gouache (a thicker version of watercolor) and black ink, have a style quite different from the photograph-like realism with which Dali usually rendered his melted watches, spindle-legged elephants, and flaming giraffes. (The ink parts of the pictures, however, are similar in style to other drawings that he did.) Certain well-known Dali motifs, such as “crutches” propping up pieces of anatomy and, yes, a melted timepiece, do appear here and there, however. The softness of the gouache makes an interesting contrast to the sharpness of the ink figures.”