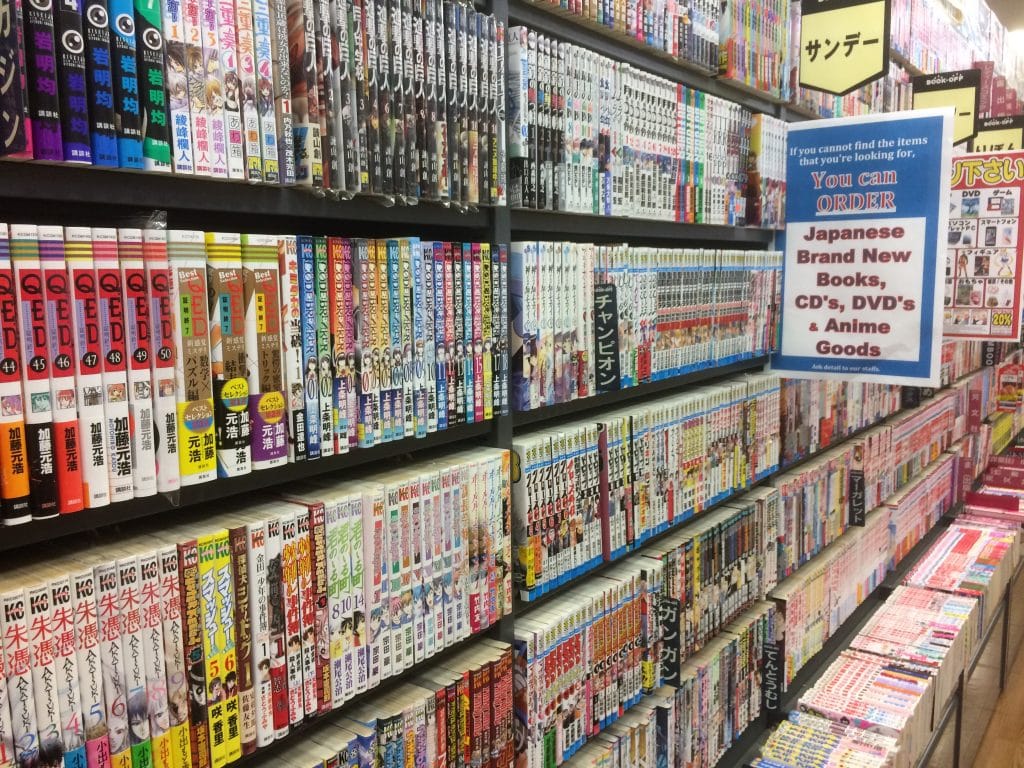 Good e-Reader is launching a new YouTube series where we visit bookstores all over the world. The first video features Peter Carotenuto who is visiting the Japanese chain Book Off. Not only does it have an extensive selection of novels, but also electronics, manga and toys.

Book Off was founded in 1991 and it now has over 866 stores throughout Japan. One of the big selling points is that the staff encourages high-school students to read as long as they want and it is quite common for them to devour an entire series of manga standing quietly in the aisles.