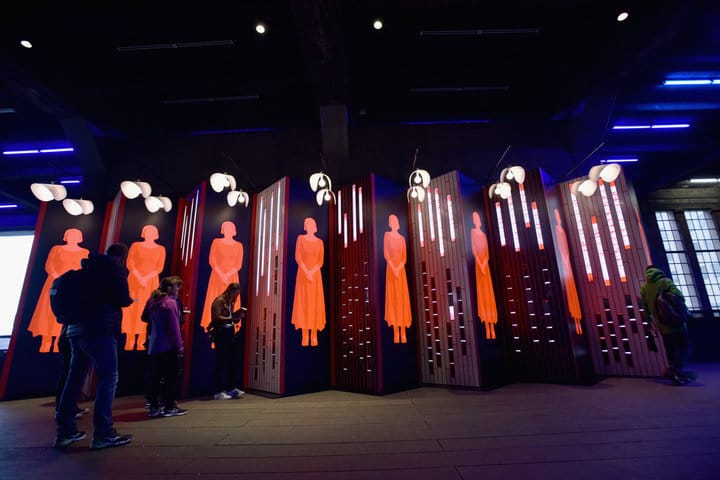 There is a renewed interest in the 1985 book a Handmaid’s Tale by Margaret Atwood. There is an upcoming HULU adaptation of the book, starring Elisabeth Moss and people are clamoring to buy, borrow or read by whatever means necessary Atwood’s original source material.  This has prompted a new public artwork project in New York City to give away 4,000 free copies of the book for anyone who wants it.

By removing the books from the wall, participants will reveal “messages of female empowerment and anti-authoritarian resistance,” including the novel’s central battle cry: “Nolite te bastardes carborundorum,” or “Don’t let the bastards grind you down.”

“The Handmaid’s Tale provides a chilling reminder of how easily the darkest currents of repression can re-surface,” the artists expressed in a statement. “The installation we designed shows how these dark messages are often accompanied by bombastic language and imagery: spectacle becomes a form of persuasion. Cracks in the floorboards reveal empowering texts, glimpses of resistance for an uncertain age.”