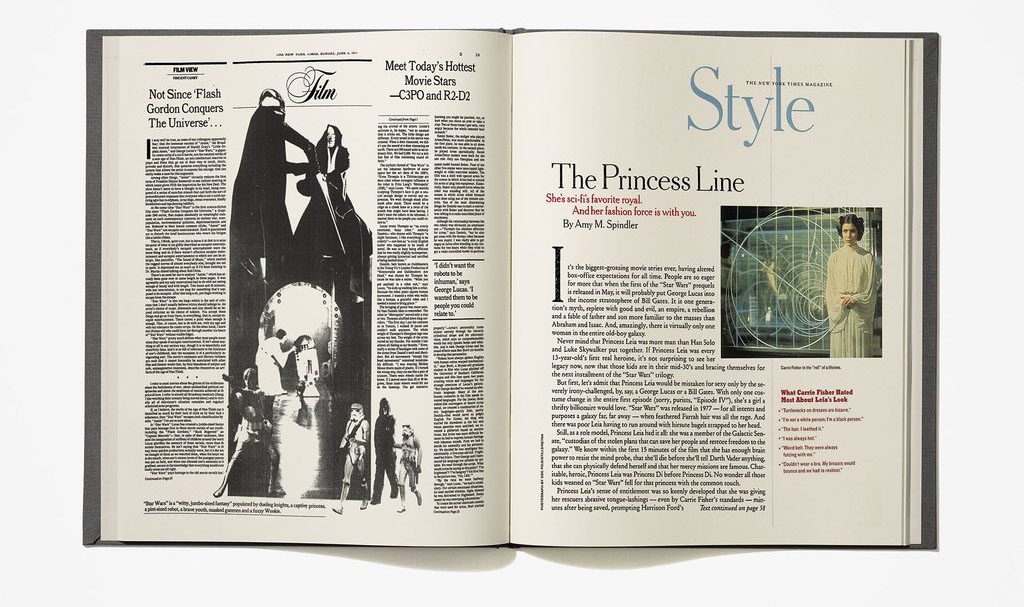 There plenty of introspectives or history books about Star Wars, but the New York Times has done something different. The newspaper has just released a coffee table book called In a Galaxy Far, Far Away and it compiles most of the publications’ coverage on the franchise.

The book begins with a 1973 feature about George Lucas, which revealed that he was working on a space opera film. The Times describes the book as the “ultimate anthology” of its coverage of the franchise, containing its articles, reviews, obituaries, photographs, and more, from the beginning of the franchise all the way up to the recently released Star Wars: The Last Jedi.

Obviously this book is for the hardcore collector and is retailing for $80 for the personalized version and $70 for the normal edition. They can both be purchased from the New York Times online store.