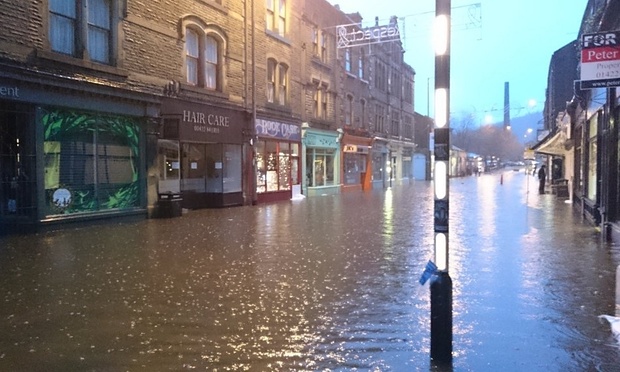 The United Kingdom currently has the most cursed bookstore in the modern era. The Book Case located in West Yorkshire has had two major floods in the last few years.

The bookshop is located in an area that is notorious for flooding, and has been unable to obtain flood insurance – the town flooded badly three years ago. Since then Kate Claughan, the owner,  has  been very worried it would happen again, and has tried to build up a reasonable contingency fund. “We also did a lot of flood prevention work including tanking the shop to a metre in height in the hope we would avoid the structural damage of another flood. Unfortunately, the flood on Boxing Day overtopped this level and we have incurred damage and contamination to the building again.” 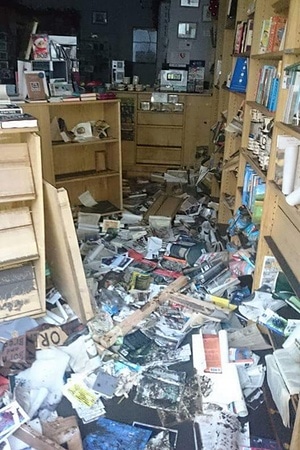 The boxing day flood totally destroyed the store and all of their inventory. This has resulted in an outcry of support from the author community who have donated hundreds of autographed books to raise money in a massive eBay auction. There is also a local fundraising page that has been established and the general public has contributed over £100,000 in just a few days.

Not only has this store been destroyed, but hundreds of others.  This has resulted in a number of people who started to loot. The local police department was so overwhelmed that a number of motorcycle chapters have begun to patrol the streets. “We are not there to hurt anybody. We are not there to scare anybody. We are just there as a presence to deter people who are trying to take what’s not theirs,” said one biker.