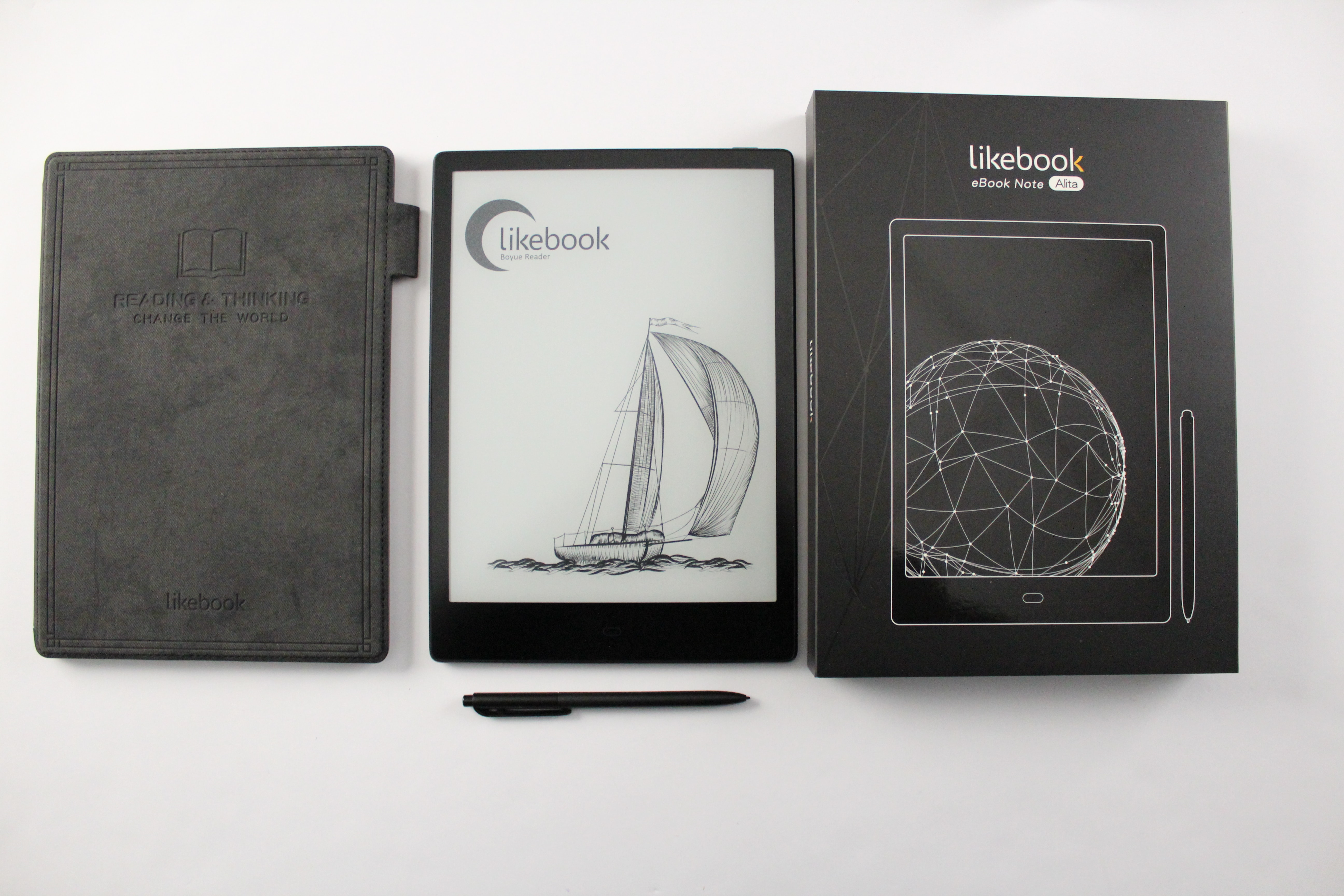 The Boyue Likebook Alita is one of the most eagerly anticipated e-readers of the year. It can be considered the second generation Likebook Mimas, and has a few advantages over this model. It has double the amount of RAM, a hidden SD card, more storage and a flush screen and bezel design.

The Likebook Alita features a 10.3 inch capacitive touchscreen display with a resolution of 1872×1404. Unlike the Likebook Mimas, the screen is completely flush with the bezel, which should make it easier to draw or make notes. You will be able to read in the dark at night via the front-lit display and it also has a color temperature system.

Underneath the hood is a octa-core 1.5ghz processor, 4GB of RAM and 32GB of internal storage. It will have an SD card capable of 128GB of expandable storage. This SD port is hidden,  it has a small tray on the side of the unit, which looks like a SIM card.

It will be powered by a 4700 mAh battery and have USB-C for charging and transferring of data. This device also has a USB host controller, so you will be available to physically connect up keyboards or mice or other devices. The Alita also has audio functionality via the two speakers on the back, a 3.5mm headphone jack and Bluetooth support for wireless headphones. It will launch with Android 6.01 and will receive a 8.1 update in September.

This unboxing video gives you an exclusive first look of the Alita. You can checkout the industrial design and everything that comes inside the retail packaging.