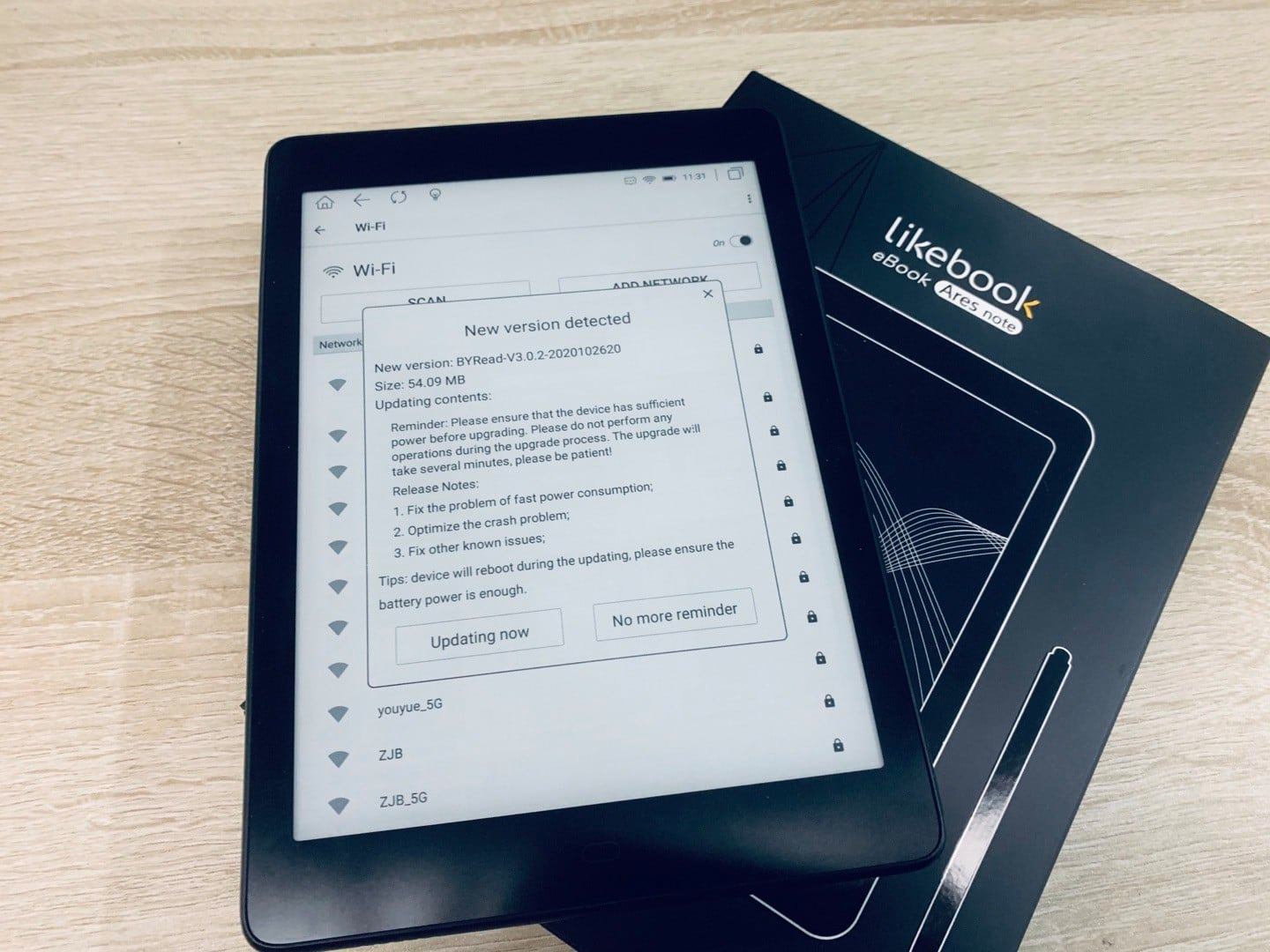 Boyue has upgraded the Likebook Mars from Android 6 to 8.1 around a month ago. The company has released its first firmware update for e-readers that are running the latest version of Android. You can download the latest enhancements from the settings menu. They have solved the problem with exFat format of SD cards that were not being recognized and have made various enhancements to the reading experience. If you were finding that battery life was an issue, and it was draining faster than normal, fear not. Boyue has made optimized the battery consumption, which extends battery life by around 40%.

If you have not upgraded your Likebook Mars to the latest version of Android yet, they have just released a manual update with all of the new features. The mega link provides step by step tutorials, with pictures that walks you through the setup.

Boyue has also issued a new firmware update for the Likebook Ares, they upgraded this unit to Android 8.1 last month. They have just issued a new update for the most recent version of Android. They have also implemented the battery saving measures, extending battery life by around 33%. They also have fixed many of the lingering crash problems and other known issues. If you have upgraded software to android 8.1 system already, your Ares will received the OTA updating reminder after device connected with WIFI. If your software still on Android 6.0 , you also can upgrade it to the newest version manually.