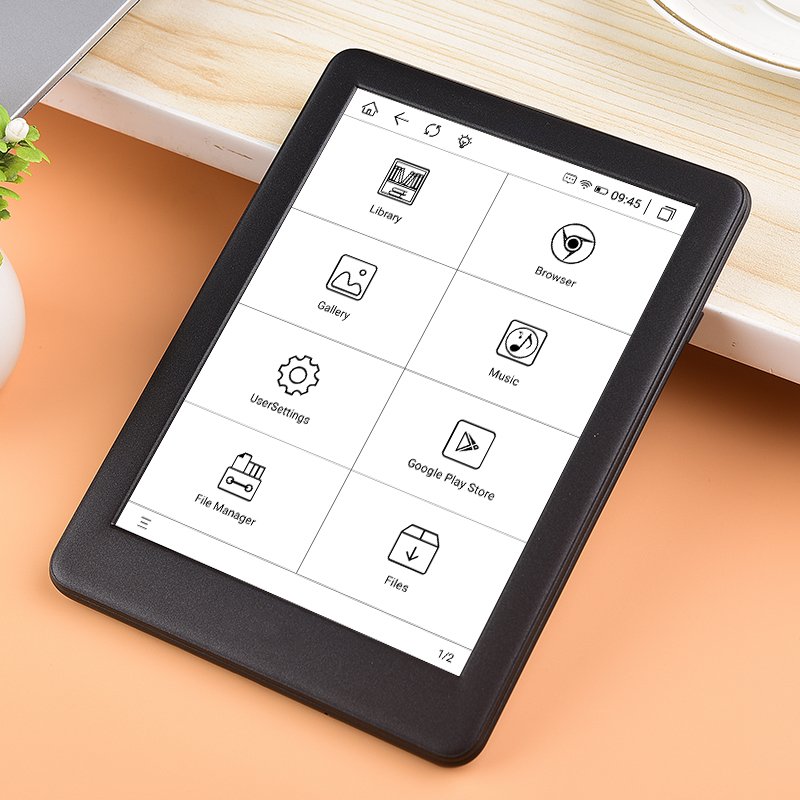 Boyue took a break from refreshing their product line in 2020, as they primarily focused on adding Android 8.1 to all of their devices. It is currently available on the Likebook Mars, Likebook Alita and Likebook Ares. The Muses and Mimas still need to get the update, but should be available soon.  Boyue has just confirmed with Good e-Reader that they are going to release a new ereader next week, called the Likebook P6.

The Likebook P6 features a 6 inch E INK Carta HD display with a resolution of 1448×1072 with 300 PPI. It has a refreshed UI and looks quite different from any of the other products in the Boyue portfolio. It has a front-lit display with 24 LED lights, so you can read in the dark.

Underneath the hood is a quad core 1.6 GHZ processor, 1GB of RAM and 16GB of internal storage. If you wish to have more storage, it does have an SD card slot, capable of an additional 128GB. It has Bluetooth for wireless headphones and speakers, this is ideal for audiobooks, podcasts, music or anything else. You can access the internet with WIFI and has a Micro USB port. You can use the P6 for a couple of weeks, before you have to recharge, thanks to the 1,750 mAh battery. The dimensions are 152mm by 113mm by 8mm and weighs 165g. It comes with Android 8.1 and Google Play out of the box.

It is going to retail for $160 and is available via the Good e-Reader Store. This is a great device, at a solid price. You get a modern version of Android, an SD card and full access to Google Play.