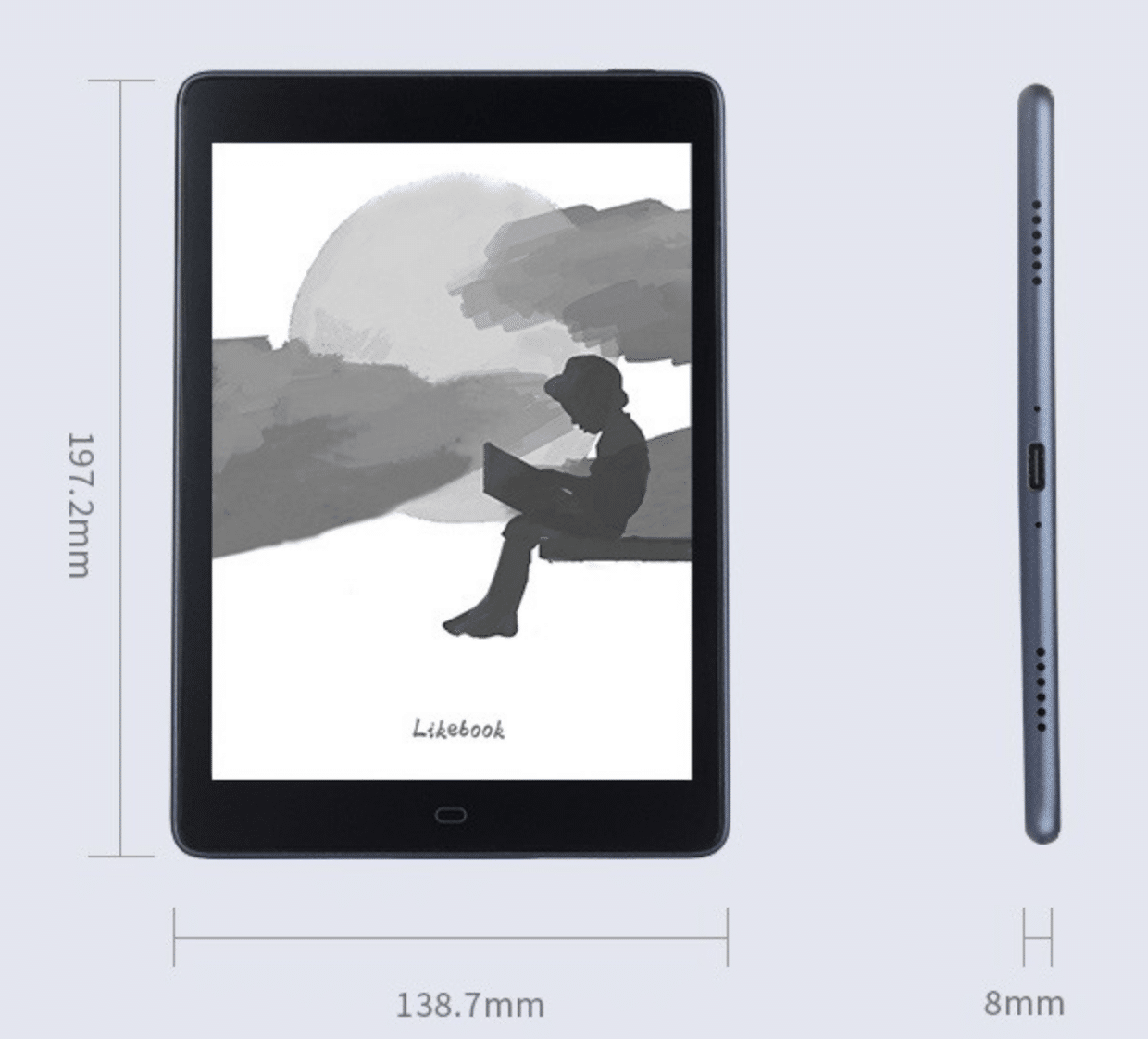 Boyue has just released a new e-reader that is available now. It is called the P78 and has a 7.8 inch screen and 300 PPI! It is the perfect size to read with one hand and is also extremely portable. It is running Google Android 8.1 and has full access to the Play Store, so all of the the best apps are at your fingertips. You can order this today from the Good e-Reader Store for $239.99.

The Likebook P78 features a 7.8 inch E INK Carta HD e-paper display with a resolution of 1872×1404 with 300 PPI. It does not have a WACOM screen, but does come with a free capacitive stylus, so you can edit PDF files or take notes, with the accompanied app. It has a front-light and color temperature system, which means it has both white and amber LED lights, giving you tremendous flexibility to control the luminosity, day or night.

Underneath the hood is a 1.6 GHZ quadcore processor, 2GB of RAM and 32GB of internal storage. Boyue is still one of the few remaining brands that supports an SD card, which is capable of 256GB of additional storage. You can listen to audiobooks, music and podcasts via a pair of wireless headphones with Bluetooth 5.0. It has WIFI, so you can surf the internet or use any apps that require a connection. The device has a USB-C connection, so you can charge it with your PC/MAC or with a wall charger. It is powered by a respectable 3200 mAH battery and the dimensions are 197.2x138x8mm and weighs 267g.

The P78 is running Google Android 8.1 and has Google Play pre installed, so you don’t have really do anything to get it running, simply enter your login and password in the settings menu and you are good to go. It will be able to almost any app geared towards reading, so it will be able to handle Kindle, Nook, Kobo, Libby, Scribd or anything else. One of the big draws about buying a Likebook e-reader is that it has full international support. You can change the UI and all of the menus to English and ditto with the keyboards.

Good e-Reader will be conducting an unboxing and full review next week!