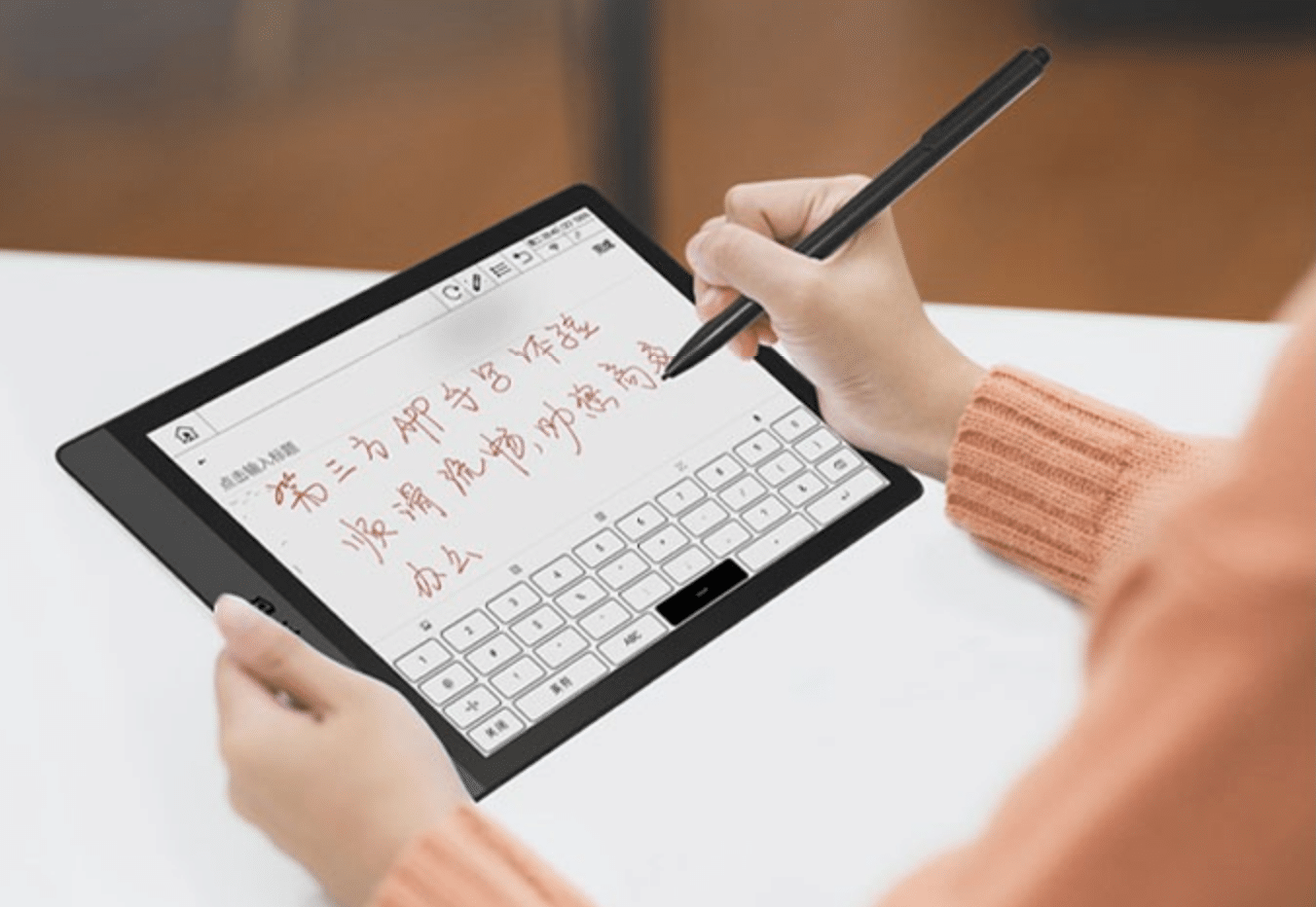 The Guoyue V5 Color is a brand new e-reader that is using  E INK Kaleido Plus e-paper technology. It has a 7.8 inch screen and has support for WACOM pens, so you can freehand draw, take notes, make annotations and edit PDF files. This device is basically a white labeled version of the Bigme S3, which we reviewed a couple of months ago. It is suitable for a Chinese audience, since there is no current way to change the UI and menus from Chinese to a different language, although there has been some movement in the hacking community to make it more accessible.

Underneath the hood is an quadcore 1.82Ghz processor, 2GB of RAM and 32GB of internal storage. It uses USB-C for connecting to devices and charge its 2800 mAh battery. It has a gravity sensor, dual microphone array and WIFI. Its dimensions are 190.8 x 135.8 x 6.3mm and the device weighs about 240g. It includes a pen that can be used for note-taking and drawing that also functions as a page turner

This device is running Android 8.1 and you can sideload in your own apps. You can load in your own ebooks too, and it will read them in whatever language the ebooks are in. The UI and menus are all in Chinese, so it ideal if for an international audience all over the world. It retails for $529.99 and is available from the Good e-Reader Store.