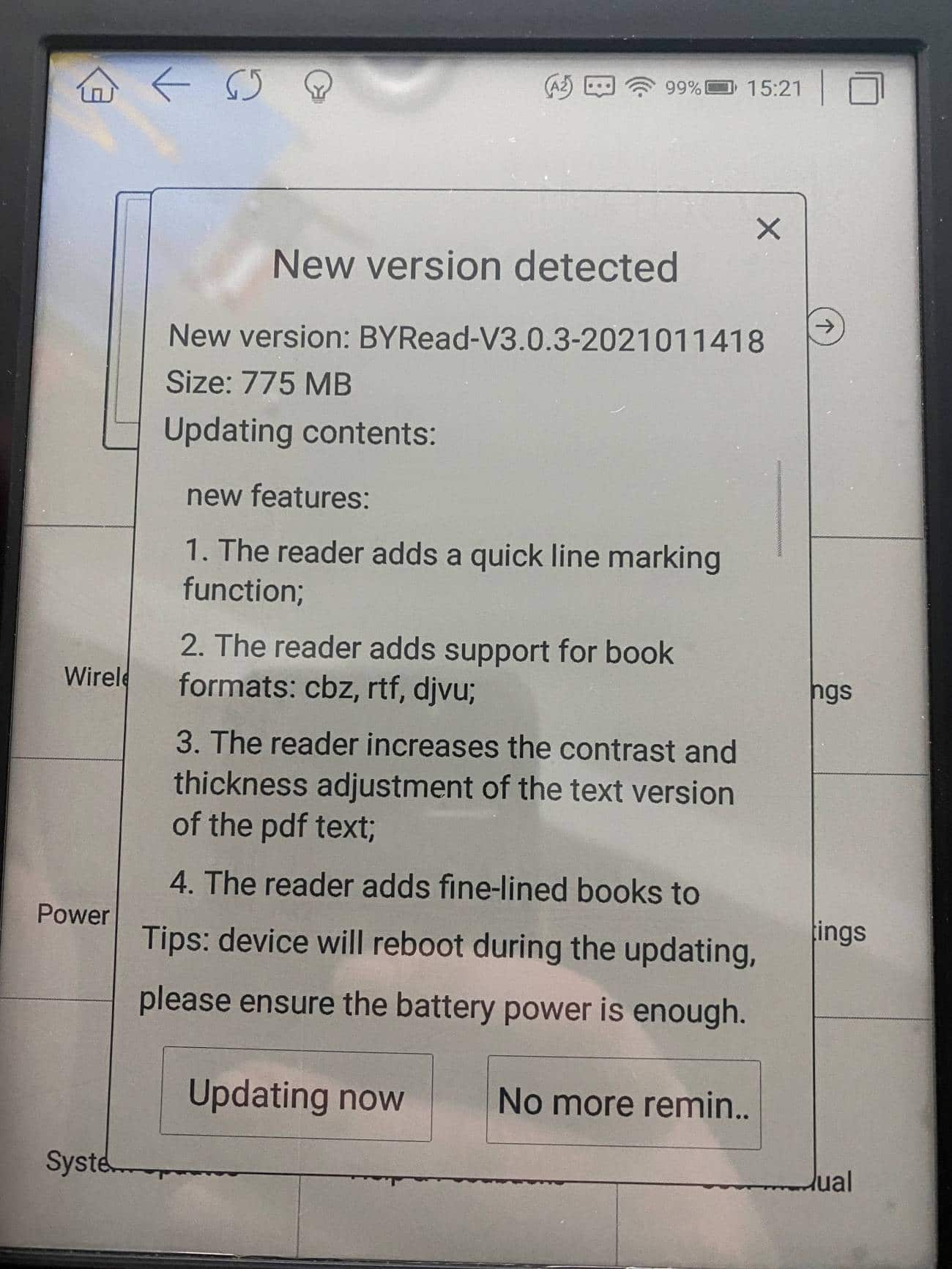 The Boyue Likebook Mars has just received a new firmware update that is being pushed out via WIFI. It provides support for the CBR and CBZ formats, which is what the vast majority of digital manga use. They are basically just big archived filed, full of images to be read in sequential order. The e-reader is also much more responsive, which is great for people who use it as their daily driver.

Boyue has made tons of other little changes with this update. It has a new support for RTF and DJVU ebook formats. When reading a PDF file, there are new options to change the thickness of the text and contrast. This is very useful for people who are reading PDF files that have been scanned and the text is normally light.