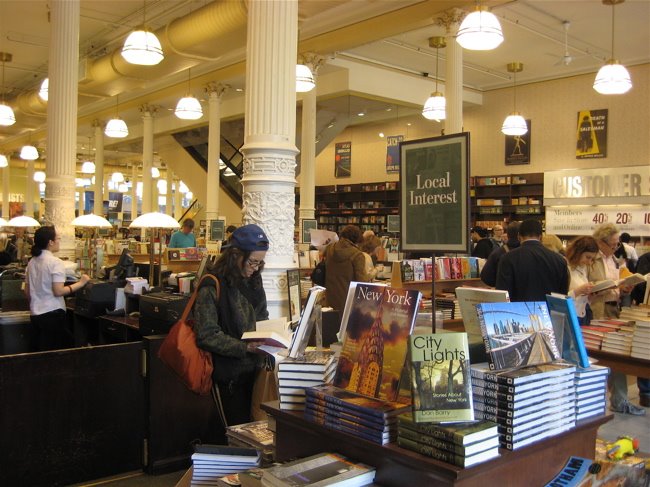 Barnes and Noble has been closing 15-20 bookstores all over the US for the last ten years. The vast majority of them are unprofitable due to sagging print sales and the rise of e-books. During a recent financial report they said they only plan to close 10 stores in 2016, but they might close more than that.

Barnes and Noble currently operates over 647 bookstores in the United States. The Wall Street Journal reported that Barnes & Noble has 442 leases up for renewal by April 30, 2016, this represents substantially more than half of its stores.

Have all of the leases been renewed?  The head of PR at B&N Mary Ellen Keating said “442 leases have been extended, except for 30 closings.” Meanwhile, the former B&N retail group CEO Mitchell Klipper said the bookseller plans to have 450 stores by 2022 and stressed that the company’s management “is fully committed to the retail concept for the long term.”

Over the last few years there haven’t been a number of new bookstores that have opened. This is primary because developers have been opening fewer malls.

In the last six months Barnes and Noble has been closing bookstores like crazy. The bookseller is getting the hell out of Queens with the Forest Hills location shutting down week and their Fresh Meadows store last year. The last remaining location at Bayside, will be shuttered in the next six months.

In December of 2015 Barnes and Noble closed their last store in Washington DC. According to the Bureau of Labor Statistics, the DC region spends the most money in absolute and proportional terms on reading in the United States.  Anyone who wants to visit a B&N bookstore has to drive outside of the District of Columbia.