You are here: Home / Business News / DC Digital Comic Sales Increase by Over 200% from Last Year 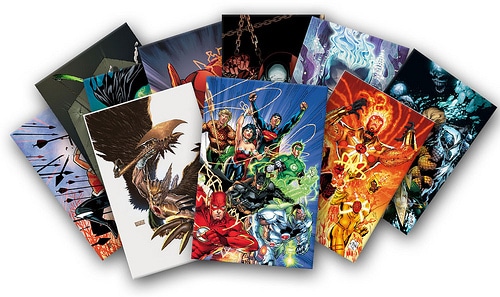 DC was the first major comic book company to adopt a strategic digital philosophy in 2011. The company mandated that when physical issues hit the store shelves, the electronic versions will be available on the same day. The company relaunched all of the established franchises to appeal to a wider audience and it looks like the gambit paid off. DC announced today that it has seen a massive increase of over 200% from last year.

One of the reasons why DC is seeing record levels of digital revenue is because of its content distribution systems. It has apps on every major platform, such as Android and iOS. The company partnered with Comixology to power all of its applications and also sell content directly through the company. DC also made agreements recently with iBooks, Amazon, and Barnes and Noble to sell single issue comic books alongside the graphic novels.

DC also produces a series of digital only editions of its comic books. These are basically spin-offs from existing television franchises, such as Smallville and Batman Beyond. These appeal to a more mainstream audience the way that Buffy the Vampire Slayer did.

“Digital is a big part of how I think we’ve been able to boost overall sales,” said DC Entertainment SVP of Digital Hank Kanalz in an interview with VentureBeat. “It really proves what digital  can accomplish, because not everyone has a comic shop near them.”

I think the main reason that DC is doing so well in the digital sphere is because of the growing number of tablet users. The Kindle Fire, Nook Tablet, Kobo Arc, and Apple iPad are fairly accessible in price and offer comic book lovers a unique experience. DC comics look absolutely amazing on the iPad with Retina Display and the HD versions bristle with color. It also helps that many big budget movies are captivating audiences, such as the recent Batman trilogy and the upcoming Superman movie.