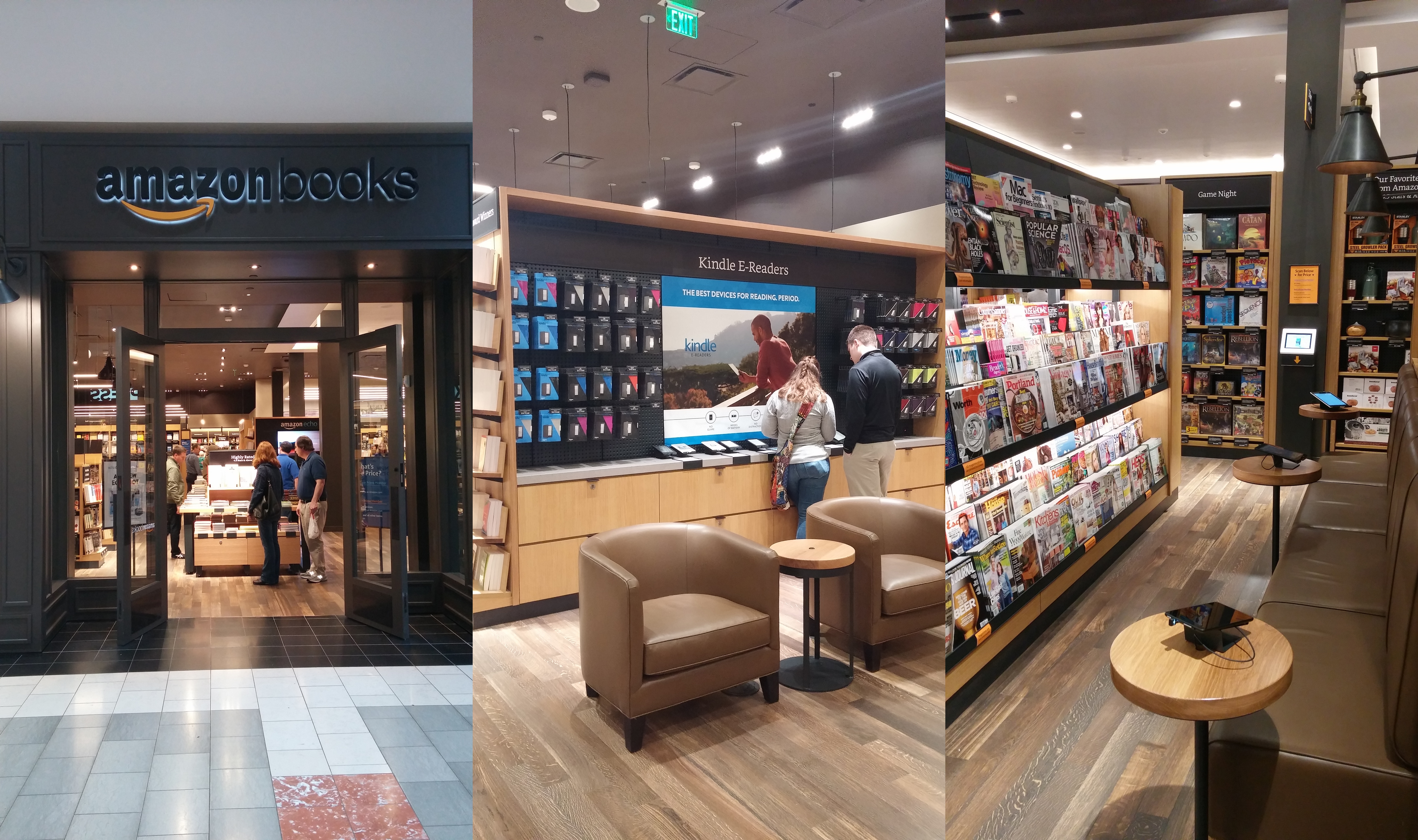 Amazon has just opened a brand new bookstore in the Washington Square Mall in Portland Oregon. This location is only 7,800 square feet, which is larger than some independent bookstores but much smaller than a typical Barnes & Noble. One of the great things about the Amazon experience is that all of the books are faced up, so you can really be sold on the cover art.

Former Good e-Reader editor Nora visited the Portland store on opening weekend. She said “The front design of the store was friendly and open, but the black and wood color scheme really set it apart from the rest of the mall. It really felt separate.”

Unlike the first retail location in Seattle “Kindle had a strong presence, but didn’t dominate the store. There was, however, a neat reading space with kindles available on cafe tables. Warm lighting and wood floors balanced the technology featured in the store.” 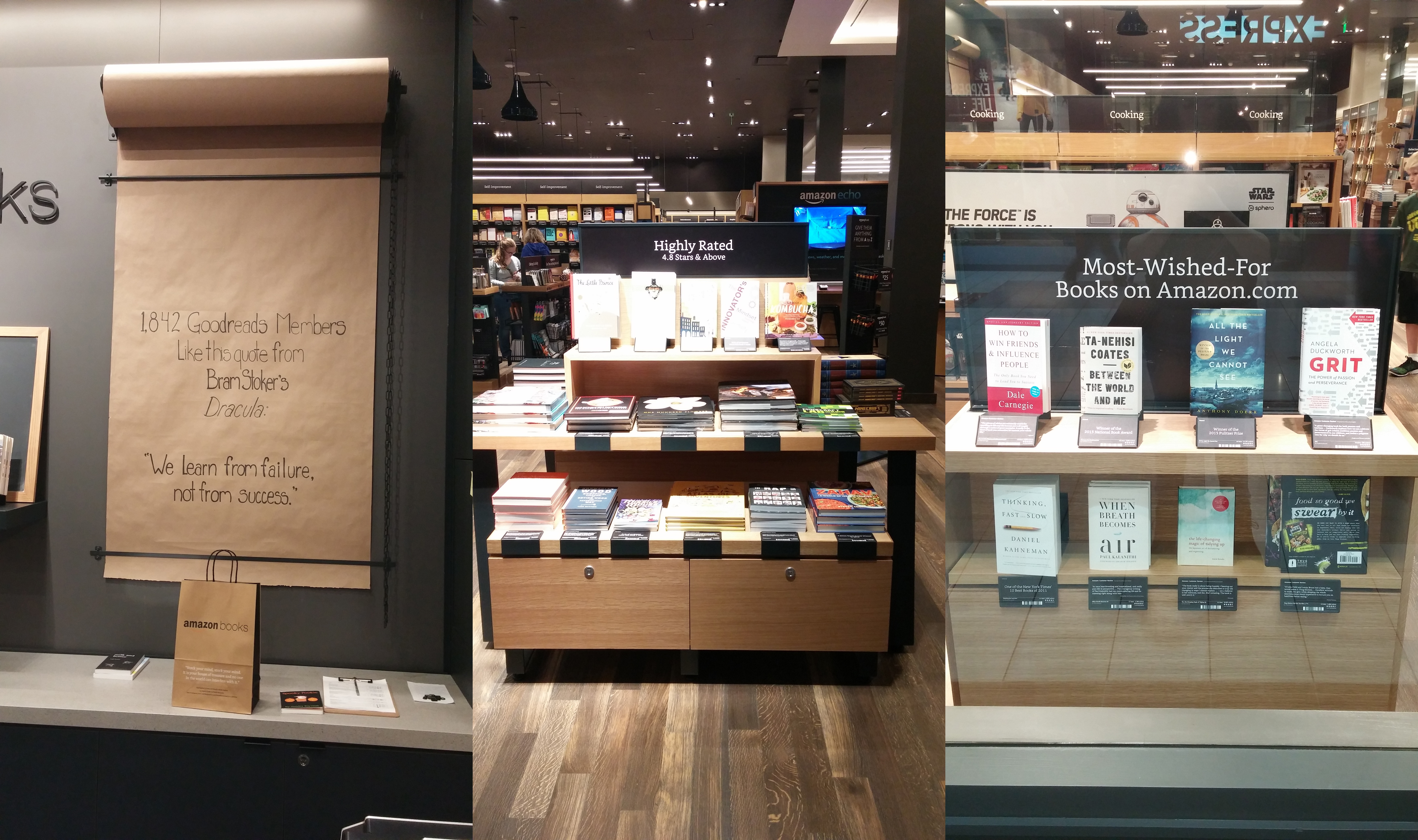 There are only 5,200 books stocked in this store and Amazon is only titles with an average rating of 4 stars or higher, as well as new books curated by Amazon employees. Each book single book also features a placard with a customer review or a notable award the book received. There was a dedicated display area featuring horror and thriller books, due to Halloween. 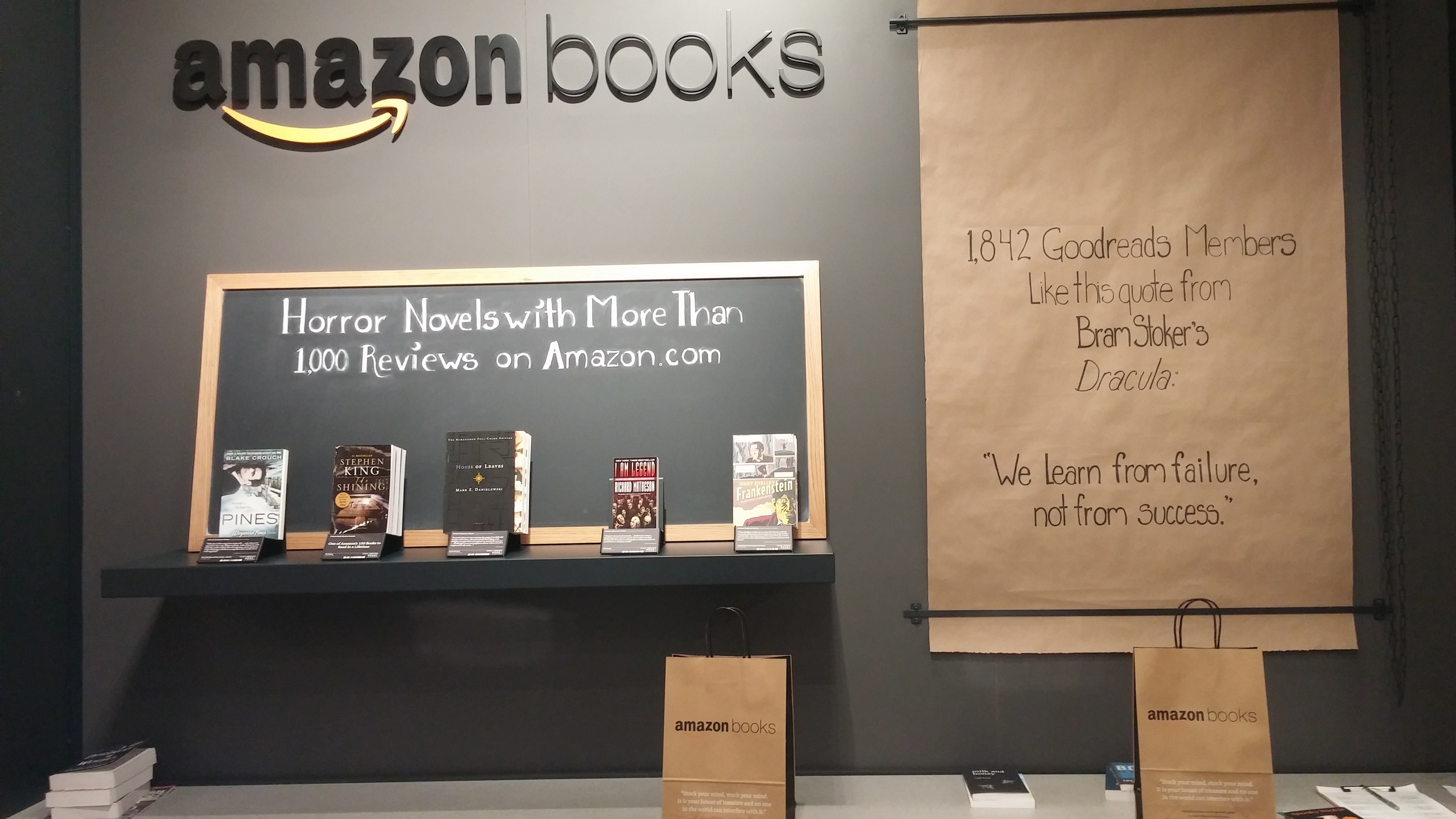 This is the 3rd physical bookstore that Amazon has opened, the first was in Seattle and then San Diego.