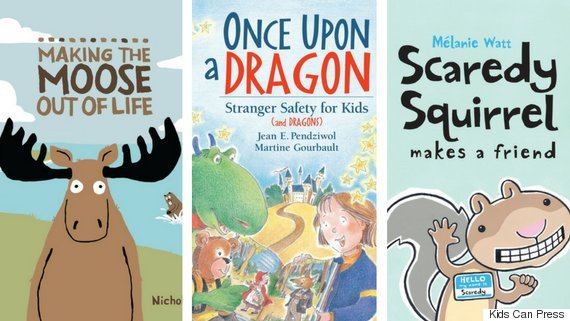 McDonald’s Canada is offering free books with the purchase of a Happy Meal. The company has partnered with children’s publisher Kids Can Press to do this, which means the featured books will be Canadian, including Franklin the Turtle by Paulette Bourgeois and Brenda Clark, Scaredy Squirrel by Mélanie Watt, the beloved Life in the Wild series by Nicholas Oldland and the Dragon Safety Series from Jean E. Pendziwol and Martine Gourbault.

Readers can also take part in a literacy initiative in which McDonald’s and First Book Canada donate a book to a Canadian child in need for every “shelfie” – a photo of a bookshelf – uploaded to a social media platform with the hashtag #OwnaBookGiveaBook. For every use of the hashtag, up to 20,000, a book will be donated via First Book Canada, an organization that combats literacy issues by giving kids in need access to books. McDonald’s is also installing Little Free Libraries at Ronald McDonald Houses across Canada.

“Books are an important piece of building a better future, and can inspire children to learn, create, and better understand the world around them,” said McDonald’s Canada CMO Anoinette Benoit in a release. “We hope the Happy Meal Book program encourages families to come together and share the magic of reading.”

This is the first time that McDonald’s Canada has given away books with Happy Meals. They have been doing this in the United States for a number of years and it has garnered tremendous success. It is estimated that over one million books will be given out with the purchase of a Happy Meal.