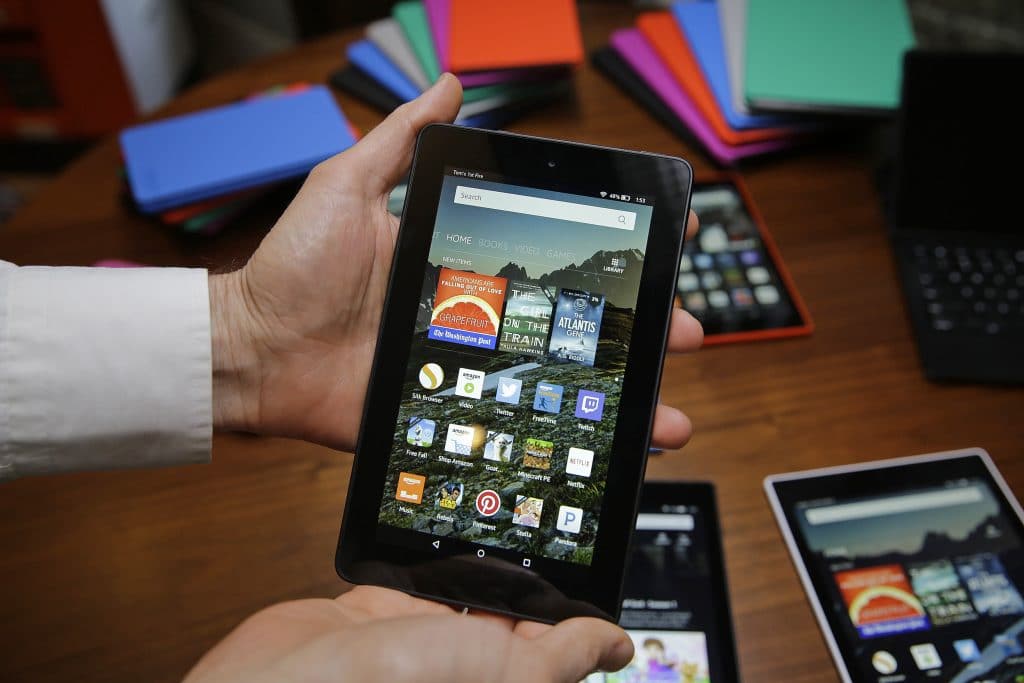 Amazon is expected to launch two new tablets this week. The seven inch model is a follow-up to their wildly successful $50 Fire tablet released last year and the other is a eight inch model. These two devices breezed through the FCC a couple of weeks ago and Amazon is expected to announce them as soon as tomorrow.

The Fire tablet should remain the same price at $49.99 but see a spec bump in certain areas, like dual band WiFi over the existing model’s single band wireless. The base Fire model might now start with 16GB of internal storage, instead of 8GB.

Amazon has found tremendous success with offering tablets with a super low price tag and making it back through digital sales. Sales are so good, that they are consistently in the top 5 global vendors list for the past year.
via AFTV