You are here: Home / Bookselling News / The First Barnes and Noble Concept Store is under development 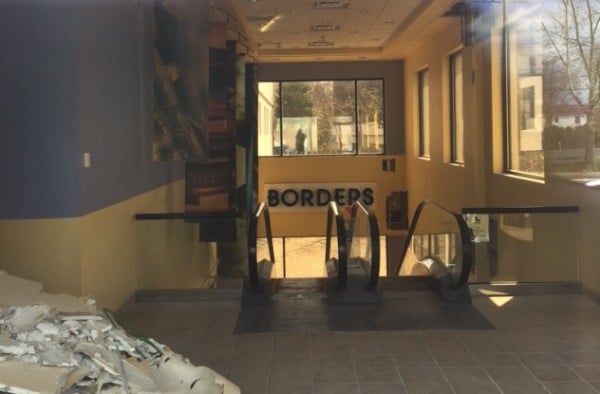 A few months ago Barnes and Noble announced that they were going to open four concept stores in 2017. CEO Rob Boire described the stores as “omni-channel” locations which will encourage customers to buy products online. It looks like the first store is under development in Westchester County New York at the old Borders location on Post Road in Eastcheste.

Barnes and Noble will be cooking food at this location and has filed for a Type 3 license. This means that the bookseller will be making fresh food and cooking it in an oven. There will also be patio that will be open for three seasons that people can drink Starbucks coffee and read any of the books they have purchased from the store.

At the February planning board meeting, Greg Belanger, an architect with HB&A Architects, added a few more details, explaining that the outlet is “going to have a completely new design.” Belanger said B&N has hired an Italian designer to work on the new stores. B&N hopes to open the store “in October or so,” Belanger said.

During a brief rundown of the plans for the store’s interior, Belanger said customers go down an escalator to reach the main floor, where the store opens into a large common space that B&N is calling “the piazza area.” That space is flanked by “very tall fixtures” in the back, and “cloud lighting.” The bookshelves will be set up around the area’s perimeter.

It is currently unknown how Barnes and Noble will blend their digital business into a new concept store. I have to surmise that they will borrow a page out of Amazons playbook and do something similar to the Amazon Bookstore in Seattle. Barnes and Noble basically needs to be able to hype their audiobook business, which hardly anyone knows about and their entire line of e-readers and tablets.