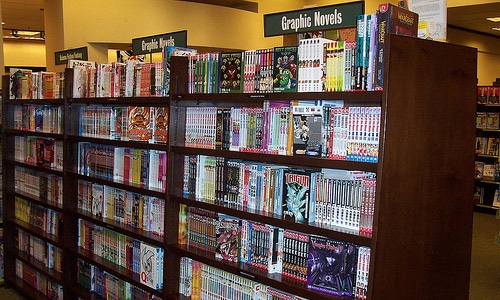 The only comic publishers that Barnes and Noble deals with for single issues are Titan, Bongo, Alterna, and Archie. It remains to be seen if they will eventually get out of comics altogether when the current agreements expire.

The one thing that B&N is bullish about is manga. Over the course of the past three years the average bookstore has doubled the space devoted to soft and hardcover manga editions. They also run Manga Mondays at many of their locations, where they put many titles on sale.