You are here: Home / Archives for Digital Comic News 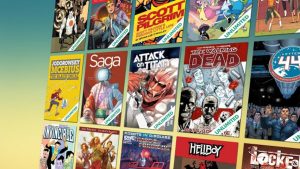 Comixology Unlimited is a subscription platform that is only available in the United States. Introduced in May 2016, comiXology Unlimited now offers access to over 25,000 comics, graphic novels and manga from DC, Marvel, Image, Dark Horse, and more, as well as regularly released exclusive comiXology Original series. The company has just extended their free trial from 30 days to … END_OF_DOCUMENT_TOKEN_TO_BE_REPLACED 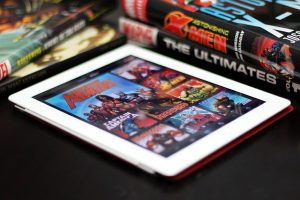 Physical comic book sales increased by 2.23% in 2019 and generated $516.6 million. Digital comic sales were up nearly 4% in 2019, while graphic novel sales were down 2%. Both figures represented improvements over 2018, which saw comics up 2% and graphic novels down 8%.Final figures for the entire year are not out yet, but we can do some quick math and estimate how much … END_OF_DOCUMENT_TOKEN_TO_BE_REPLACED 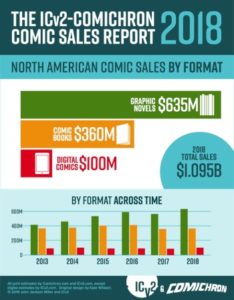 Digital comic books are easy to purchase, but they have not been accepted by Canadian and US readers. Only 9% of comic sales are sold through Amazon-owned comiXology and other distribution channels and only generated $100 million in 2019. 90% of physical comic books are sold in bookstores and comic book stores.ICv2 has estimated the total value of the North American market … END_OF_DOCUMENT_TOKEN_TO_BE_REPLACED 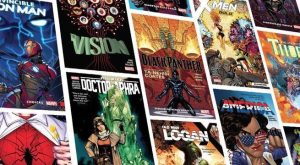 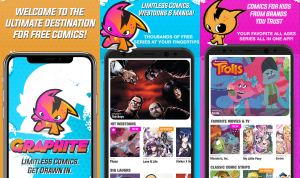 Graphite Comics launched a new service called Graphite for Android and iOS. It allows you to read an unlimited number of comics for $4.99 per month and there also is a freemium model that displays random adverts.There are a number of publishers that have agreed to distribute digital content on the platform; Boom Studios, IDW Entertainment, Legendary, Tokyo Pop, Aspen, … END_OF_DOCUMENT_TOKEN_TO_BE_REPLACED 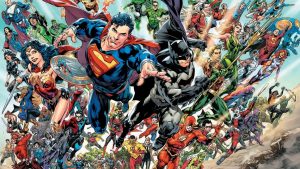 This April DC Universe will get the entire DC Comics backlist and single issues from their frontlist. New single issue comics will be added to the service one year after launching in print form, representing a pretty significant delay for die hard fans to deal with, but it’s still a welcomed addition for casual readers. Backlist titles will be added all at once, so thousands of … END_OF_DOCUMENT_TOKEN_TO_BE_REPLACED 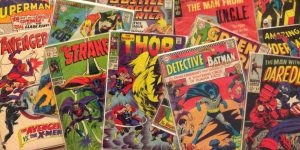 Nielsen is one of the gold standards of tracking the retail side of the bookselling industry. Whenever an ISBN has been flagged as sold, Nielsen tracks this information and gives us a sense on how many books are being sold. The company can also track ebook sales on a limited basis, but indie authors are often not accounted for because they don't use real ISBN numbers. Nielsen … END_OF_DOCUMENT_TOKEN_TO_BE_REPLACED 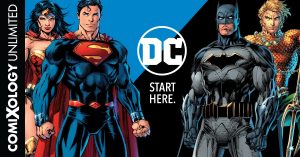 Amazon has just ironed an agreement with DC Comics and select titles are now available on Comixology Unlimited, Kindle Unlimited and Prime Reading. Expanding availability to these three services makes it easier than ever for Amazon customers to enjoy DC’s Super Heroes like Batman, Superman, Wonder Woman, Aquaman, and Justice League, as well as DC Vertigo’s high concept series … END_OF_DOCUMENT_TOKEN_TO_BE_REPLACED 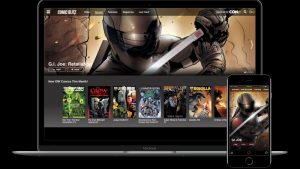 ComicBlitz is one of the few independent companies that offer an unlimited comic platform for iOS. They are a good alternative to Comixology, because their service is available to people in 133 different countries. They have a network of 30 publishers including IDW, Valiant Comics, Dynamite Entertainment, Zenescope and Lion Forge. In late November Cinedigm announced they were … END_OF_DOCUMENT_TOKEN_TO_BE_REPLACED 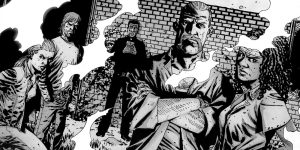 Image Comics was an early adopter of offering most of their comics without any digital rights management. Since 2013 they allowed users to shop directly on their website and download comics to their computer and easily load them on their smartphone, tablet or e-reader. A few weeks ago the comics publisher decided to no longer offer DRM-Free comics on their website and gave … END_OF_DOCUMENT_TOKEN_TO_BE_REPLACED

The Nintendo Switch is going to be able to read digital comics and manga with a new app called InkyPen, which will launch in November. It is an unlimited subscription platform that will  cost $8 per month and will have a wide array of content from publishers such as  Andrews McMeel, Dynamite, IDW, les Humanoïdes Associés and Valiant. It will not include anything from  DC or … END_OF_DOCUMENT_TOKEN_TO_BE_REPLACED 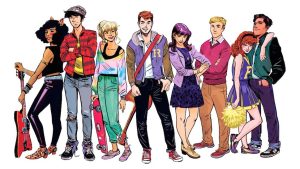 Spotify has just signed an agreement to have Archie comics on their platform. You need to use the companies mobile app and you all you need to do is tap play and the episode will begin. You’ll be reading, hearing, and experiencing the comic all at once. The text of the comics still appear, but you have to pay attention because the page turns are automatic.The six-episode … END_OF_DOCUMENT_TOKEN_TO_BE_REPLACED