You are here: Home / Digital Comic News / Comics Empower is an online comic book store for the blind 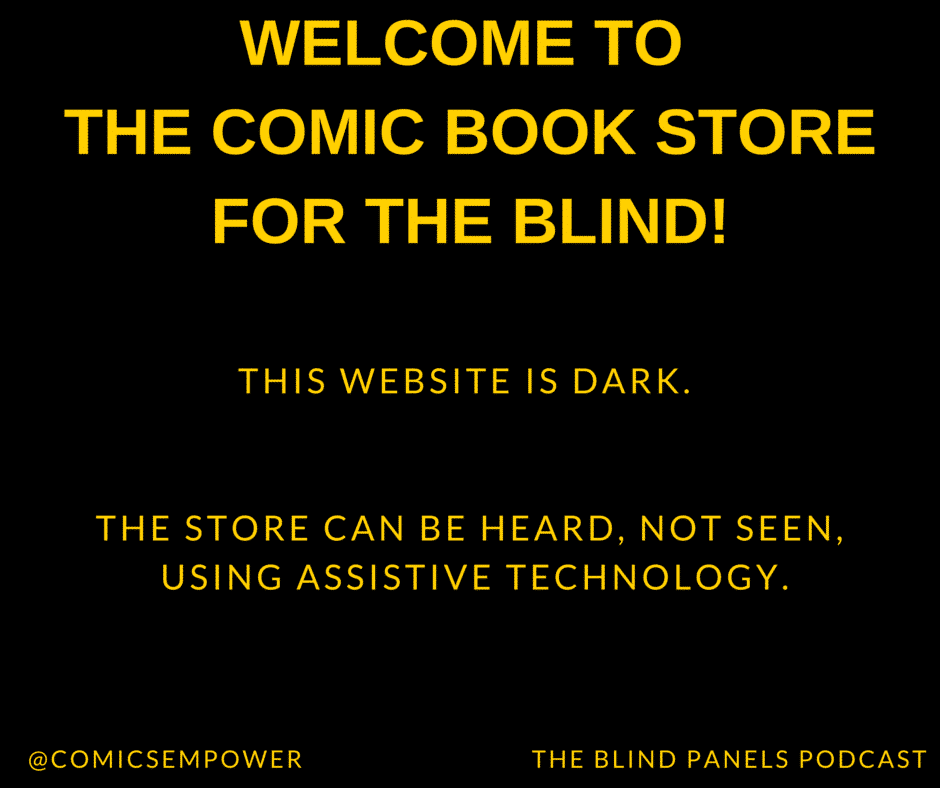 There are many companies that offer a selection of digital audio comics, but navigating them when you are blind is quite challenging. This has prompted Guy Hasson to develop the Comics Empower website. It was designed to put blind and visually impaired customers first by providing original and adapted audio comics produced in-house, plus audio comics produced by other companies such as Graphic Audio and Audio Comics. The store is completely accessible to the blind or visually impaired using a high-contrast display or a screen reader.

There are many comics available to listen for free, so people can get a sense of the type of content they offer.  There is also a writing contest for people who are visually impaired.