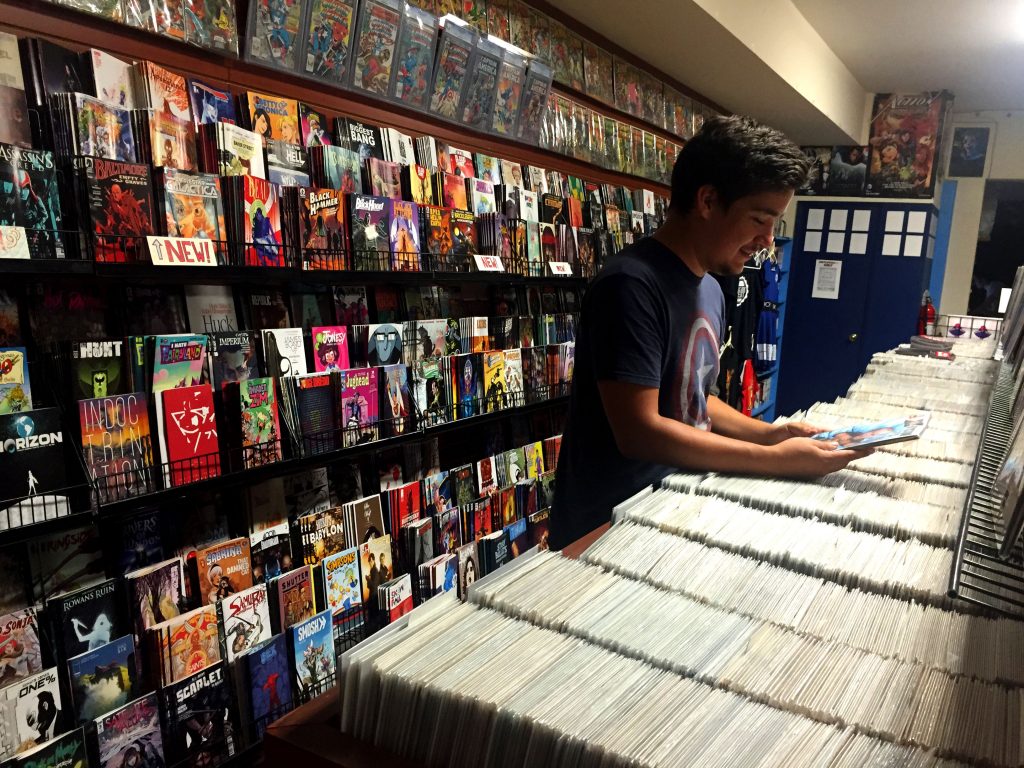 “If current trends continue, the channels will flip power,” he said. “The book channel will be equal to comics stores in 2019 and pass it in 2020.” This would be the first “channel power flip,” he said, since comics shops overtook newsstands as the primary sales channel in the 1980s.”

Comic book retailers are feeling the pinch and at a closed door Mavel session, things went off the rails.  The tensions began when an unnamed seller “specifically [expressed] his distaste for Iceman ‘kissing other men,’ and Thor ‘becoming a woman,'” Newsarama writes. “The retailer’s complaints sparked an outcry among the other retailers present in the room, some echoing his frustration, with multiple attendees raising their voices to speak over each other.”

As Marvel editor Nick Lowe attempted to calm tensions, the original retailer further complained that comic fans leave his store “when they see that Thor is a woman and Captain America is a black man,” and called for Marvel “creating new characters and not messing with the old guys. The old guys are solid.”

The consensus at the New York Comic Con is that the entire marketplace for comics is being “disrupted” and transformed by an influx of new readers and consumers looking for new kinds of comics content as well as new retail options. Comic Book stores have to juxtapose the new generation of comic readers and also their legacy customers.