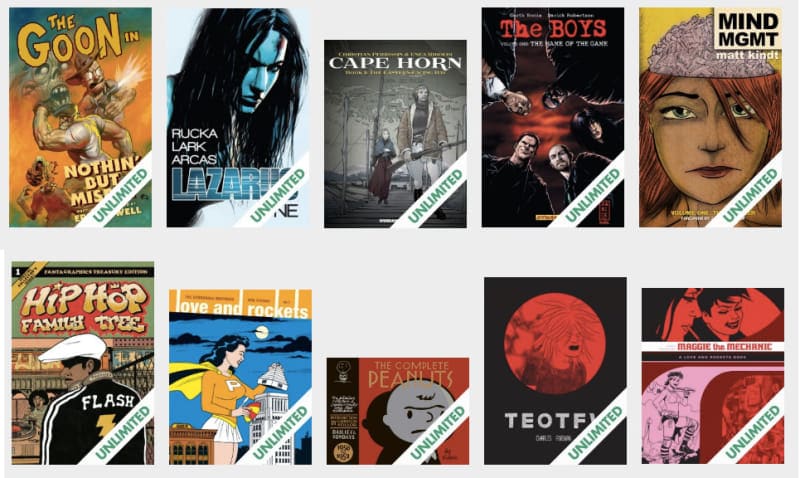 Comixology has just launched a new digital comic subscription service. You can pay $5.99 per month for access to a selection of comics and graphic novels.

Marvel is noticeably absent from taking part in this new program, mainly because they run their own service called Marvel Unlimited. DC is also not participating and they have yet to develop their own solution.

It is important to note that you will not find comics that just hit the shelves included in Comixology Unlimited. It will mainly feature older comics or first editions that will hopefully hook customers on a franchise and get them buying new comics as they come out.

Here is a list of titles that will initially be available.