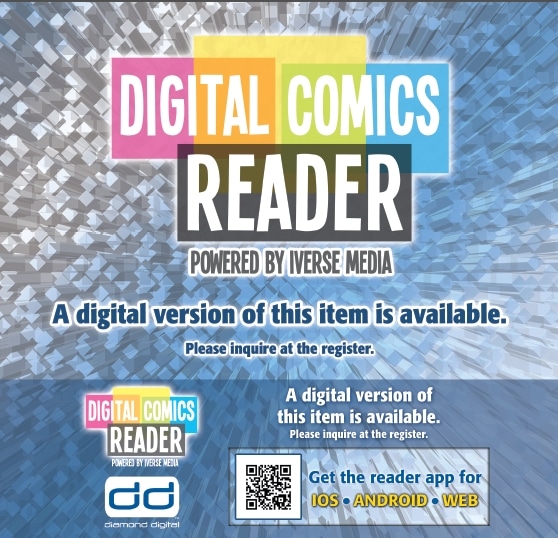 Diamond Digital is a new project launched by Diamond and iVerse that will allow shop owners to sell downloads of digital comics. The Diamond Digital service launched back in July and gave stores the ability to let consumers read content on retailer websites and download it with a “Digital Comics Reader” app for iOS and Android devices.

Comic Shop owners who opt into this new program can generate redemption codes. The codes can be used in their stores by fans on Wednesdays to purchase digital comics, either as a digital editions priced the same as the print edition, or as a special digital “Plus” edition, which will sell for .99 with the purchase of a physical copy of the comic. Users have a choice of redeeming the codes on their retailer’s website or via their website.

Diamond released a new video today that simplifies the process and gives shop owners a great tutorial on how to sign up and earn the 33% commission on digital sales. Honestly, most comic shops are seeing a decreased amount of people coming in, who have been swayed by their iPad to buy comics directly. It saves a trip to the shop and often costs less to make the trip to begin with. Diamond Digital gives owners the digital incentive they need to get people back in their shops by offering steep discounts along with the tangible purchase. After all, some comics are prized and worth a ton of money, the digital versions, not so much.