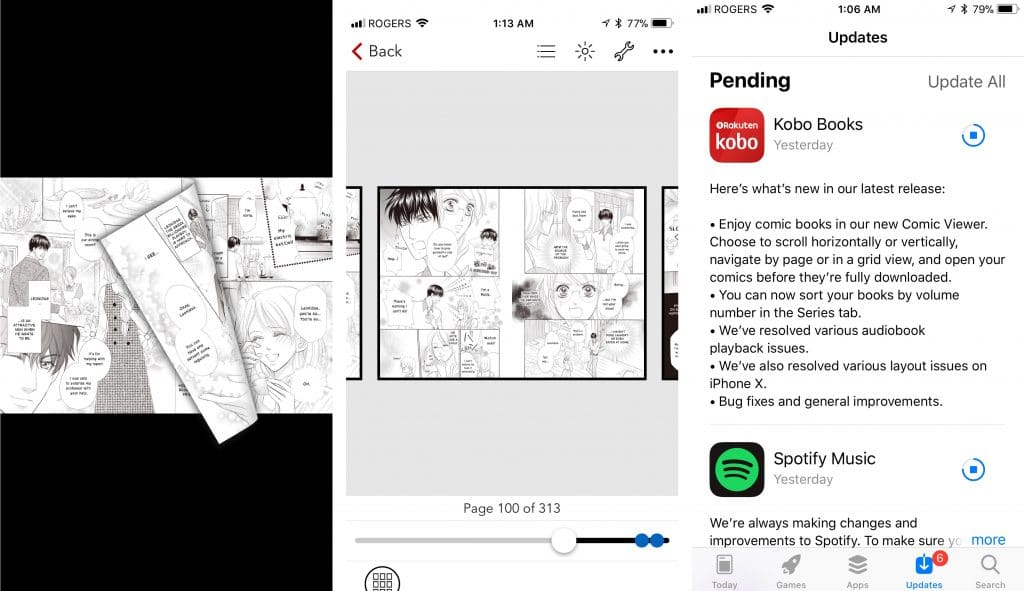 The Kobo app does not have many advanced features such as Guided View, which allows you to zoom in on each frame and when you turn the page, the next frame fills your screen. This sort of tech is primarily in the Kindle app for iOS.

Kobo does not have a massive selection of comics, most of their content is submitted to them from their Writing Life self-publishing platform. They don’t have any comics from DC, Image or Marvel, so I find it odd that Kobo is adding comic book support when their catalog is abysmal.