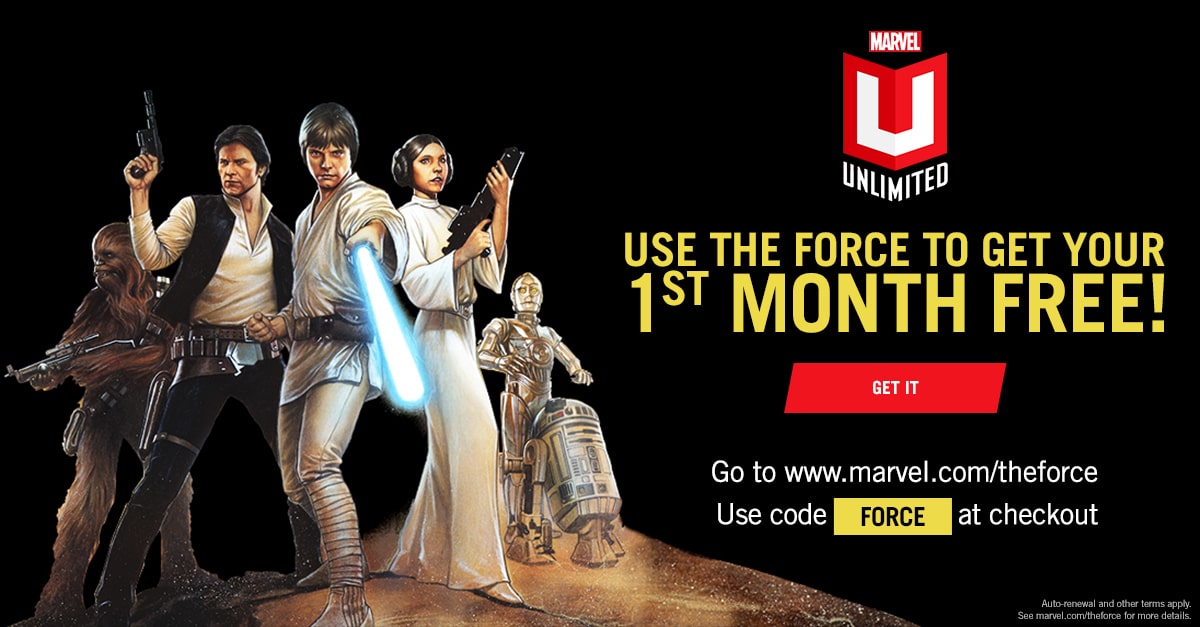 Marvel Unlimited has just brought over a number of new Star Wars comics that have been published in the last few months. This includes Star Wars, Darth Vader, Princess Leia and Kanan: The Last Padawan and over 500 Star Wars Legends digital comic books. They are running a special promotion right now where you can get your first month free if you use the coupon code FORCE at Marvel Unlimited Checkout.