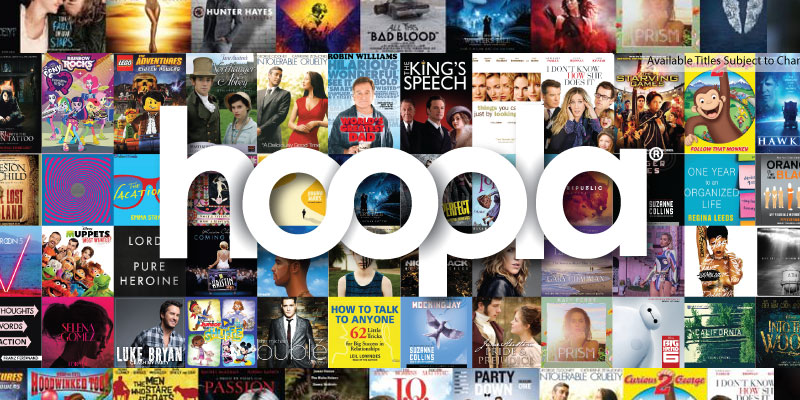 Patrons are increasingly turning to hoopla digital for Audiobooks – in fact, 97 percent of all audiobooks on hoopla have been borrowed this year alone. Moreover, audiobooks have more than doubled their transactional volume over last year.

Hoopla is one of the most disruptive companies currently operating in the digital audiobook space for libraries. They abide by the Demand-Driven Acquisition concept, which opens up their catalog to libraries and the libraries only pay Hoopla when a patron checkouts a specific audiobook. There are numerous backend tools that libraries can establish a specific monetary threshold, so they can set up a budget and insure that they are not overspending.

In late 2016 Hoopla proclaimed that there are “currently 40,000 instantly available Audiobooks live on hoopla. Their  Audiobook catalog increased by over 87% year over year from 2015.  Hoopla saw a 129% growth over 2015 for Audiobooks borrowed and users collectively listened to over 31 million hours of audio.”

2016 was also a banner year for the number of publishers that have turned to Hoopla for digital distribution. Thousands of front-list titles were added from Blackstone Audio & Tantor Media and thousands of backlist titles from HarperCollins, Dreamscape, Simon & Schuster, HighBridge Audio and others.

Today, I spoke with Hoopla CEO Jeff Jankowski who answered a few questions on his company’s explosive growth.

How many audiobooks are on your system right now, how this changed from a year ago?

How many libraries are you dealing with?

We currently deal with a growing list of 5,750 individual libraries.

How many audiobooks per month does the average library distribute to their patrons?

What do you think about Overdrive mimicking your system where libraries have the entire collection from Hoopla in their system and libraries are only billed when a title is checked out?

“We actually view it as flattery, we see Overdrive’s imitation of our lend-first model as validation that it is a wise investment for libraries, and that it is the best way to end patron dissatisfaction and provide timely, topical and relevant titles to patrons.”

What are the top-5 audiobook loans from Jan to June 2017?