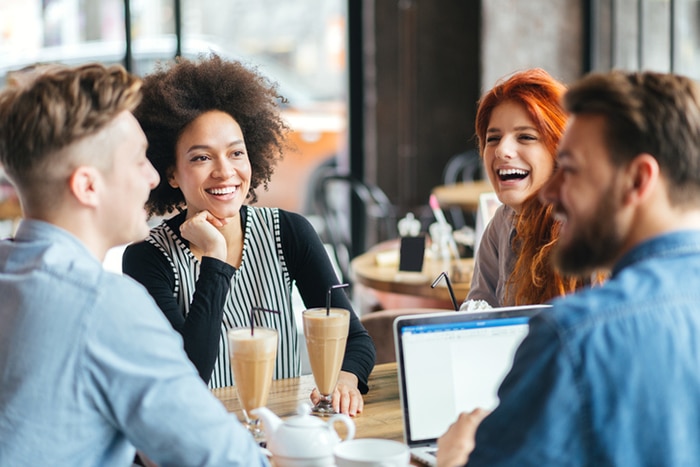 Hoopla is one of the largest companies operating in the digital library sector and their claim to fame was the per circulation transaction system, where libraries would get their entire catalog of audiobooks, ebooks, video and other digital content and libraries only pay when a user checked something out. It was designed to make collection managers lives easier, then picking and choosing on a per title basis. Lately, Hoopla has been losing market share to Overdrive and the Cloud Library, and in order to stem the bleeding, they have just launched a book club.

Every quarter Hoopla will provide a Spotlight Selection title, along with materials including a discussion guide and exclusive author interview to help libraries get the most out of their book club. They will also curate an additional eight recommended titles to meet the diverse interests of any group, but they will lack interviews with the author. Hoopla told me an in email that select libraries will get real life author to visit their branch and talk with patrons.

The Hoopla Book club is basically just a supplement to their existing service. I don’t believe it has an existing API to integrate into a libraries backend system to showcase everything on their website. Instead, Hoopla is relying on libraries to hype this sort of thing within their branches, but there is no imagery or marketing material to promote it.The only stuff that is available is a series of PDF files, where the author answers 10 questions or a discussion guide the book

Participating libraries will receive receive special, incentivized pricing on spotlight and many of the other new titles featured each quarter. This means they will save money by participating in this program.

A few dozen libraries in Canada and the United States have disclosed to Good e-Reader that they have been cancelling their Hoopla contracts in the past six months. Overdrive has released their own cost-per-circ system, that competes directly against Hoopla, and this was their sole competitive advantage. Libraries have also been embracing the Bibliotheca Cloud Library, formerly the 3M Cloud Library. They have a really interesting business model and their system is really fluid. One of the big selling points is their eBook Express system, where libraries highlight a specific amount of new bestselling titles that have no holds, no waitlists, first come, first served, and the ebooks expire after seven days. This is considered to be beta, but already has proven to be hugely popular in big libraries in Canada.