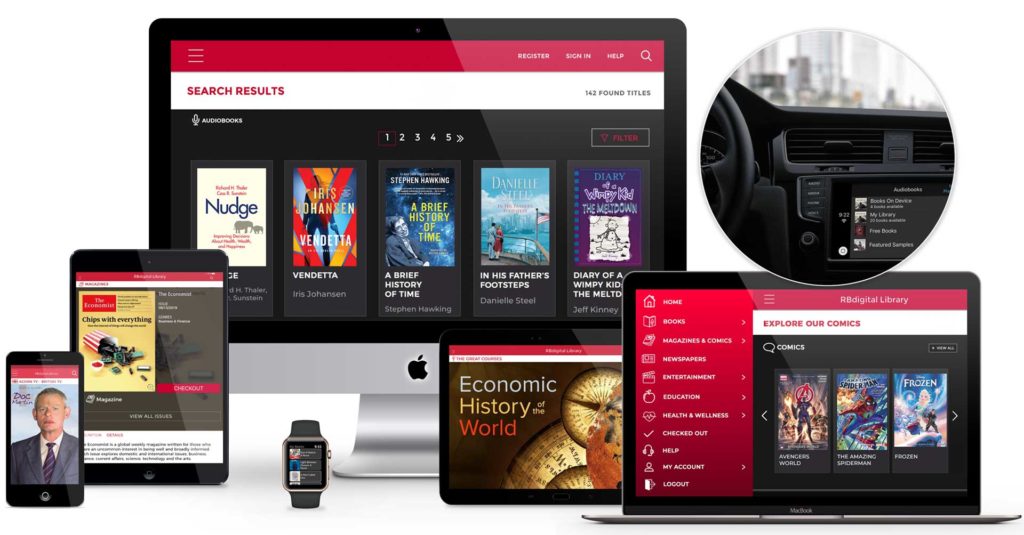 RBMedia, which is the organization that includes Recorded Books is the global number two player, behind Overdrive. In 2019 the company added 6,500 new audiobooks to the platform and saw an increase of 52% in the number of titles borrowed. The app saw a 28% increase in installs and achieved a review score of 4.7 (out 5) in the Apple App Store. Audiobooks.com users listened to more than 14 million hours of audiobooks in 2019, and the company added over 40,000 new audiobooks to the service. Audiobooks.com had more than two million app downloads in 2019 and expanded its audio-entertainment offering by integrating podcasts into the app—providing members over 896,000 podcasts and over 59 million episodes.

RBMedia, not only includes Recorded Books and Audiobooks.com, but also Tantor Media, HighBridge, Kalorama Audio, ChristianAudio, Gildan Media, W. F. Howes in the United Kingdom, and Wavesound in Australia. Here is a rundown of some of the goals their sub-brands reached in 2019.

Tantor Media published more than 3,800 new titles in 2019, including the audio edition for Pulitzer Prize winner The New Negro by Jeffrey C. Stewart and SOVAS award winner The Adolescent by Fyodor Dostoevsky. Additional releases included Audie Award finalists The Grass Harp by Truman Capote and We Were Soldiers Once … and Young by Harold G. Moore and Joseph L. Galloway.

HighBridge Audio’s significant audiobook releases in 2019 included New York Times bestseller Shortest Way Home: One Mayor’s Challenge and a Model for America’s Future by Pete Buttigieg and In the Dream House by Carmen Maria Machado, one of the best-reviewed nonfiction titles of 2019. Additional important titles included Patsy by Nicole Dennis-Benn, a Best Book of the Year by Washington Post, O, The Oprah Magazine, Time, NPR, People, and BuzzFeed, and 2019 Audie Award winner Heads of the Colored People by Nafissa Thompson-Spires.

ChristianAudio published more than 215 new titles by top-selling Christian authors in 2019, including The Next Right Thing by Emily P. Freeman, God, Where Are You? by John Bevere, Free to Focus by Michael Hyatt, and Risen Motherhood by Emily Jensen and Laura Wifler. Overall sales growth included increased digital and library sales as well as strength in backlist sales, led by continued performance of The Road Back to You by Ian Morgan Cron and Suzanne Stabile.

W. F. Howes published more than 980 new titles in 2019, including significant UK audiobook releases Imposter and Hysteria, the first titles in a three-book deal with number-one Amazon bestselling and self-published author LJ Ross, How the Dead Speak by Val McDermid, and Sweet Sorrow by David Nicholls.

W. F. Howes’s biggest sellers in 2019 were My Sister, the Serial Killer by Oyinkan Braithwaite—also adapted to TV/movie—and worldwide successes The Moon Sister and The Butterfly Room by Lucinda Riley.

Wavesound in Australia increased publishing to over 100 titles per year and established an audio publishing partnership with Allen & Unwin that will initially see the two copublish up to a dozen audio titles a year.

The number-one bestseller overall for Wavesound (and W. F. Howes) was The Dry by Jane Harper. Wavesound also released Silver by Chris Hammer, the follow-up to his award-winning bestseller Scrublands; The Wife and the Widow by Christian White; and Troll Hunting by Ginger Gorman.