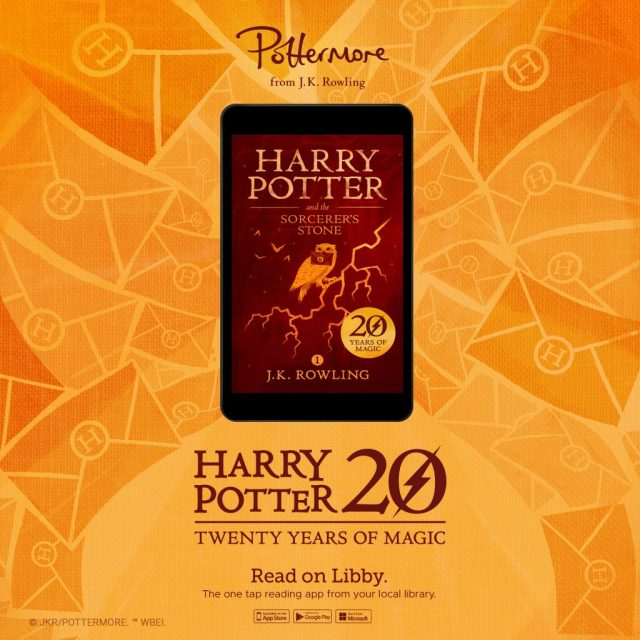 Harry Potter is celebrating the 20 year anniversary of the Sorcerer’s Stone. The title is being added at no cost to all of the libraries that currently do business with Overdrive and it will have an unlimited number of loans to local patrons from August 27th to September 10th 2018.

A new generation of readers is starting to discover the wizarding world of Harry Potter and publisher Scholastic reissued all seven Harry Potter books with brand-new cover illustrations by Brian Selznick a few months ago.The series has sold 500 million copies worldwide; 180 million in the U.S. alone.