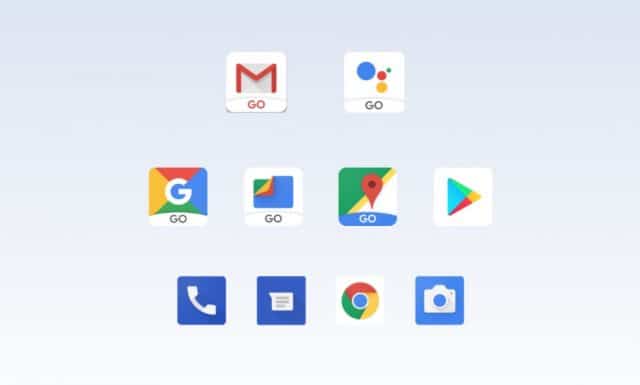 E-Reader companies have been using Android 4.04 and 4.4 for a number of years and the vast majority of devices on the market run it. Android Go launched last year with Oreo support and it is optimized for devices that have between 512MB and 1GB of RAM and a 1 GHZ single core processor. This makes the open source OS ideal for e-reader companies, who do not need to bundle Google apps on their devices. A new version of GO with Pie support is going to launch this fall.

The biggest change in Android 9 Pie Go edition is increased storage. According to Google’s blog post, the operating system takes up less space on a device, giving users up to 500MB of additional storage out of the box compared to previous versions of Android Go. You can basically install GO on a 8GB e-reader and still have 4GB of storage left over.

Among other things, it will offer faster boot times than standard Android and will free up space on the phone’s storage. There are new security features on board as well, along with a dashboard for monitoring data consumption. There are a number of updates to individual Go apps, too, including the ability to read sites’ content aloud in Google Go and navigation in Maps Go.

One of the benefits of using Android Go 9 Pie edition on an e-reader is that you do not need to license Google Play services and any of the other apps that are normally found on smartphones. The drawback is that OEM companies will have to do this in-house for their customers, because they don’t normally share the source code and API libraries unless you order more than 100,000 units, which isn’t viable for a startup or a small company in the e-reader space. Most of the most popular e-readers in the world, such as the Kindle and Kobo use Linux.