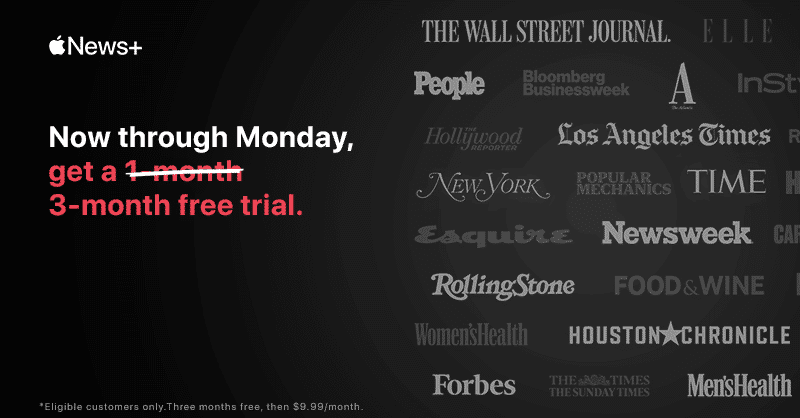 Apple News+ is a subscription program that gives you access to premium news articles, written by major publications. It also has over 300 premium magazines that you can read digitally. There is a vast array of regional magazines,  so depending on what market you live in, there is plenty of localized content for Canadian, American and UK residents. You can also listen to this weeks best audio stories, hand-picked and expertly narrated, on your iPhone. There is currently a promotion for new subscribers, where you can get three months free.

Apple News+ typically costs $12.99 per month. Just like Apple’s other free trial offers, once the initial three-month period is over, the subscription will automatically renew unless you cancel it.