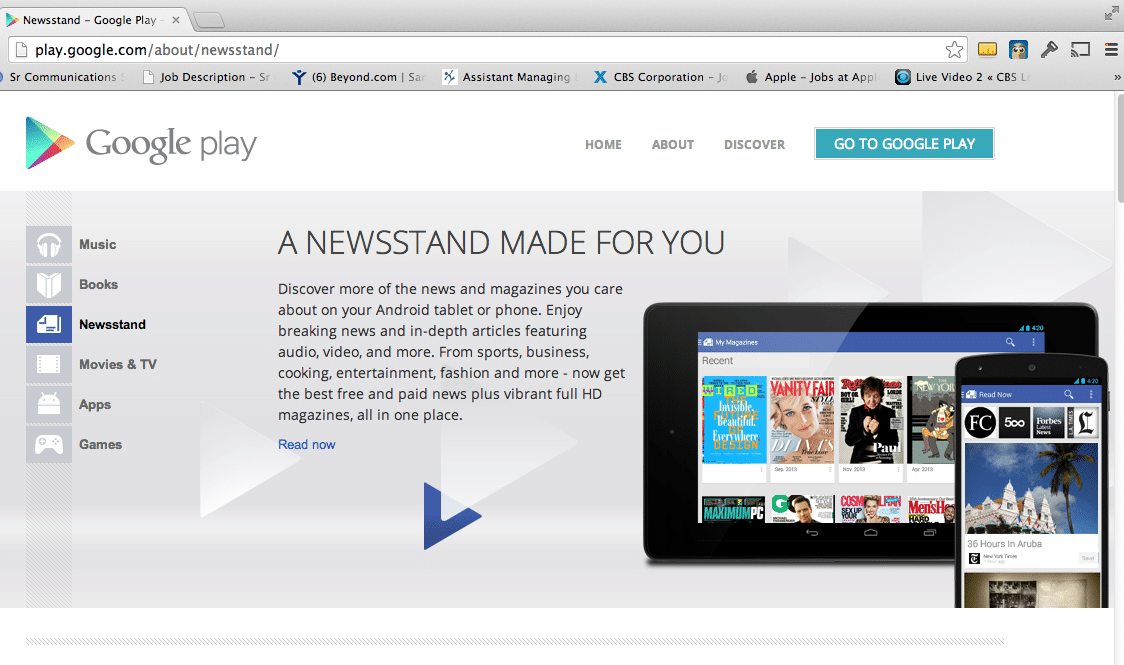 Google has removed the Newsstand section on the Play Store for the Android app and the web. News publishers will find their content a bit harder to find because everything is now contained within the Google News app, which had a total redesign earlier in the year.

This change is beneficial to Google, helping to drive more use of its News app, but it’s perhaps not as strong a deal for publications, who were likely able to reach more eyes for their apps in the prior position. Still, it simplifies the news gathering and subscription management process for Google users.

The old link that many people have bookmarked no longer works and directly links to the Google News app.

The thing I like about the News app is that it can be attached as a widget on iPhones, so you can get the latest news from the websites you follow and topical interests, such as tech.  Since Good e-Reader got listed on the news app, we noticed website traffic dramatically increased, whereas the Newsstand section on Google Play was not a growth driver.