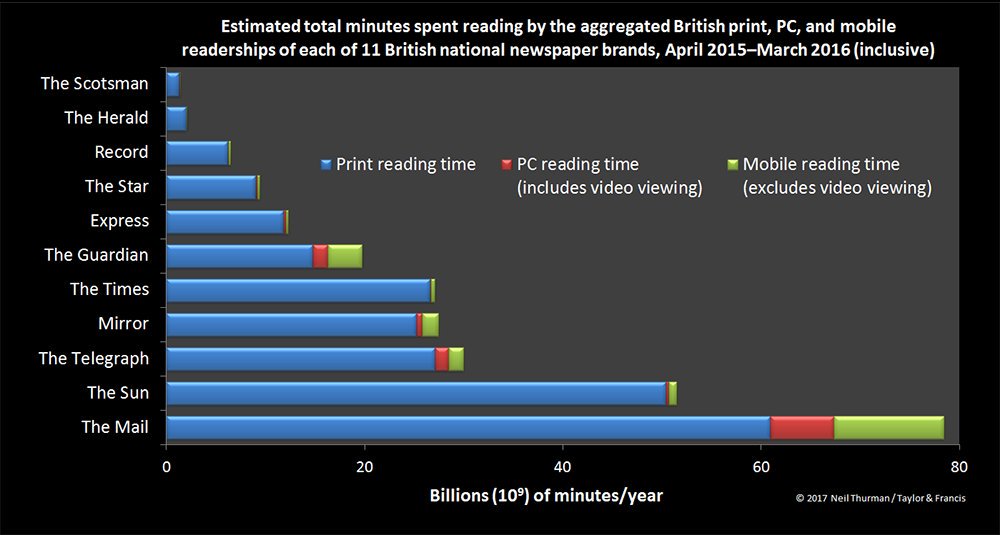 In the United States the vast majority of people are reading digitally. The New York Times just unveiled their Q4 2016 financial results and added over 225,000 digital subscribers. This was the single best quarter since 2011, the year the pay model launched. Meanwhile in the United Kingdom people are still quite enamoured with print.

Neil Thurman, professor of communication at Ludwig Maximilians University in Munich wrote a very extensive report  on 11 daily national newspapers in the U.K. and found that “of the time spent with newspaper brands by their British audiences, 88.5 percent is still in print with just 11.5 percent online” — and that in-print figure is actually driven down a bit by the fact it includes The Guardian and The Daily Mail, “whose audiences spend 77.6 per cent and 74.7 per cent respectively with their print editions.” Take out those two publications, and “the other nine newspaper brands in the sample rely on the print channel for over 95 percent of the attention they receive.”