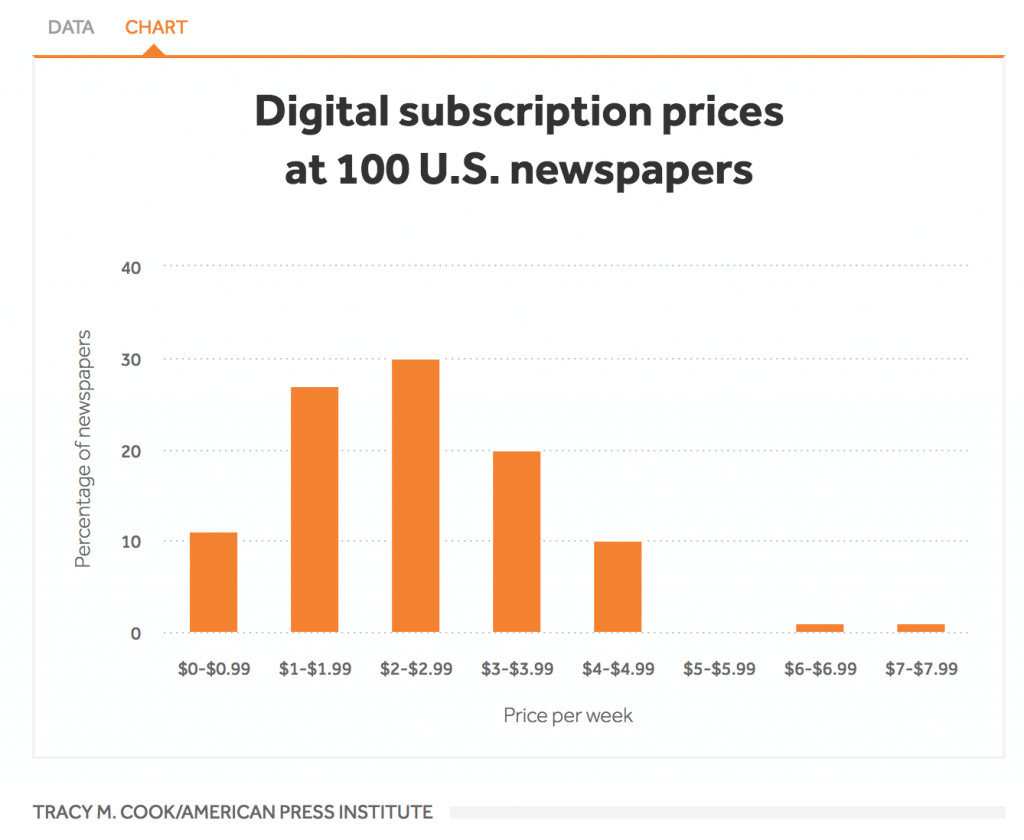 Among the key findings are:

A single newspaper subscription pales in comparison to other services that cost the same amount of money.  Hulu, Netflix or Spotify all cost around $9 per month and intrinsically offer more value.  I think newspapers should offer benefits just for paying subscribers, such as: commenting access, fewer advertisements, improved browsing experiences, subscription sharing, monthly e-cookbooks, access to other statewide digital editions and rewards programs. Additional “insider-only” perks should include newsroom tours, movie screenings and giveaways.