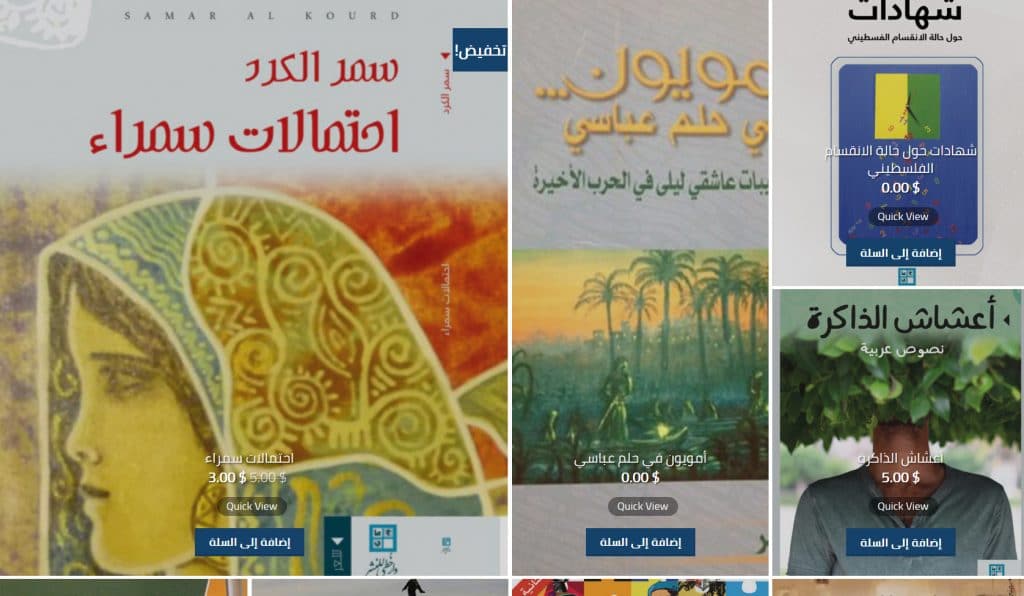 A new digital publishing company has started up in Gaza and are now selling ebooks for as little as $3.00 each. Khota was established by two young Gazans in August 2016 and their current list includes about 20 books from local and foreign authors. More than 20,000 readers have downloaded them so far, and more than 5,000 hard copies have been shipped.

Co-founder Mahmoud al-Shaer said “What is unique about an e-publishing house is that it allows books to reach foreign readers: Few Gazan authors with very distinguished books have the chance to share them with readers in other countries, nor are they able to participate in international book exhibitions held in different Arab countries, due to the Israeli siege and the continued closure of the Rafah border crossing.”

The director general of the Libraries Department in the Ministry of Culture in Gaza, Mohammed al-Sharif, praised Khota Books’ efforts to encourage reading, as young people too often get their information only from social media and prefer to read on a screen.

“The ministry supports such projects that increase cultural and cognitive awareness and encourage reading and we always make sure to grant them the necessary licenses and national book numbers,” he noted.

I think ebooks make a ton of sense for people living in Gaza. Youth are addicted to their screens and rarely visit the library or bookstore. Having a dedicated digital imprint that takes local authors and gives them a means to self-publish a book and sold either locally or internationally is a big deal.