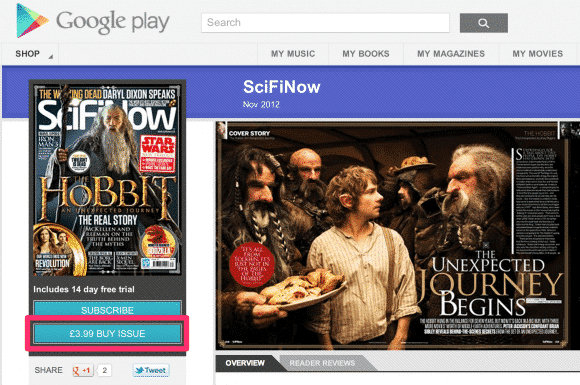 Google first unveiled digital magazines in its online Play store during the summer. The company has opened up its first international market with the United Kingdom today. Customers can finally take out single issue or a longer term subscription on popular magazines such as Glamour, Hello!, Men’s Fitness, and Total Film.

Some of the magazines available in the Google Play store have interactive content and are not as static as their printed counterparts. You can get audio, video, and other enhanced elements in select titles. You can also strip away the images and other styling content to get pure text.

If you have an existing tablet with access to the Google Play store, you should immediately see the new content. If not, simply reboot your device and you should start seeing it right away. Other users have claimed that clearing the Play Store app data works, too.