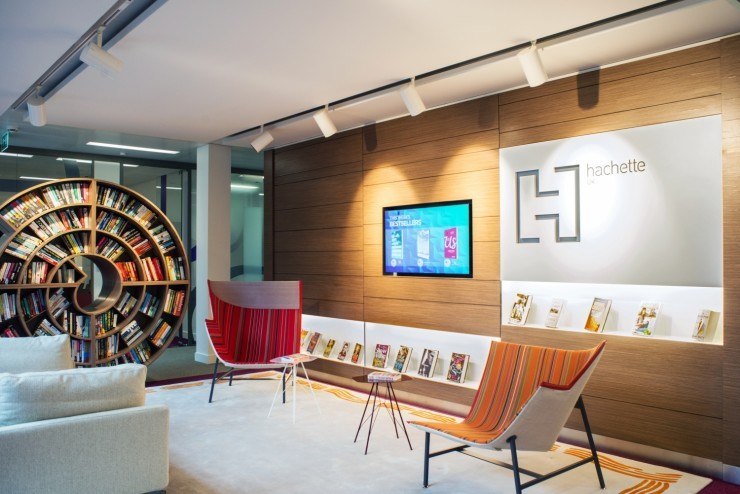 Hachette has reported during their first quarter financial results that e-books accounted for 10.0% of their revenue, which is a slight decrease from 10.4% for the first three months of 2016. Digital generated €82 million. Total revenue for the entire publishing division was €440 million, up 6.1% from 2016.

The United States turned in a good performance, with 4.1% revenue growth driven by the Nashville unit and the success of titles such as William P. Young’s The Shack and Trump’s War by Michael Savage.
Business surged 8.1% in the United Kingdom, led by both significant restocking of J.K. Rowling titles and by the success of Bruno Vincent’s Famous Five series. Business also benefited from a positive calendar effect over the period.

In France, business remained stable (down 0.5%) at the beginning of the year in a sharply downbeat market and against the backdrop of the French presidential election. The success of new Livre de Poche paperback releases partly offset the decline in Illustrated Books.

The Spain/Latin America region declined as expected (down 13.9%), due mainly to the fall in Education and to a one-off export transaction in 2016 in Latin America that did not recur in the first quarter of 2017.

Partworks climbed 6.1%, lifted by the success of new collections launched in Spain and continued good momentum in Japan, particularly with the success of Disney Tsum Tsum titles.