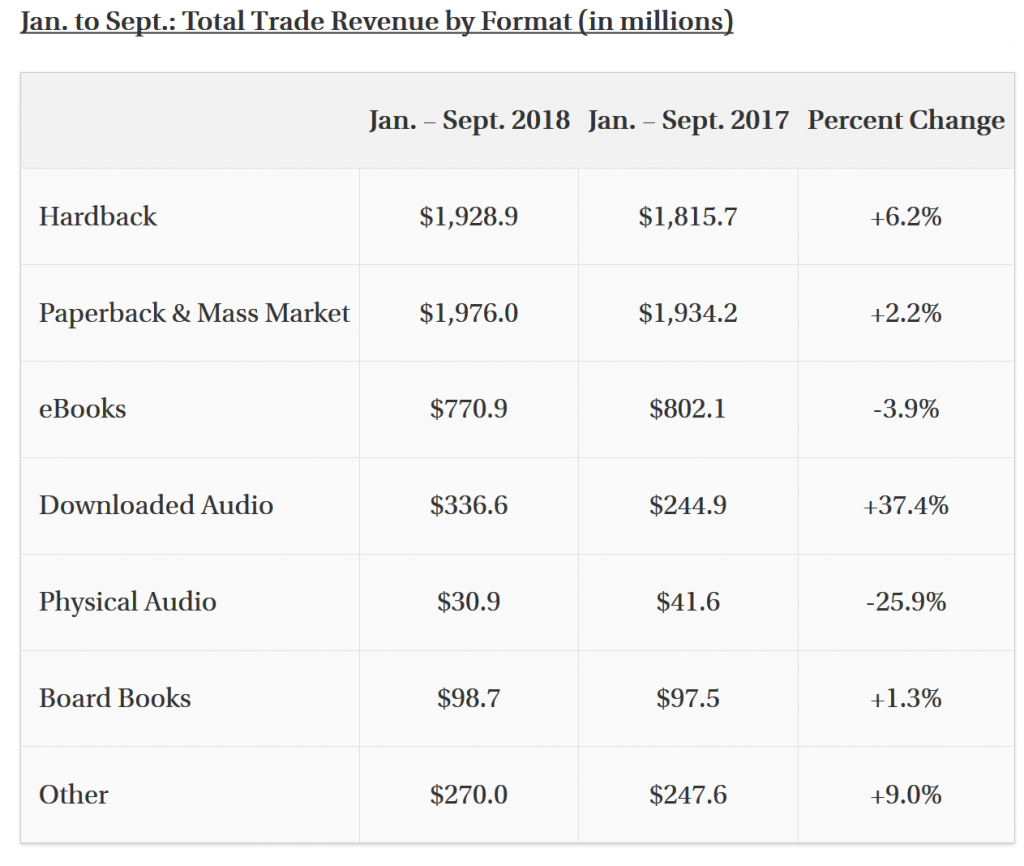 In the first nine months of the year ebook sales have declined 3.9% and generated over $770.9 million dollars. People are still buying the digital format of course, but the real money is with hardcover and paperback novels. The hardback format saw an increase of $1.9 billion dollars (6.2%) over 2017 and mass market and paperback books made $1,976.0 billion dollars (2.2%) from last year.

Now you might be thinking to yourself, why do ebook sales continue to fall? All of the reported sales are from the Association of American Publishers, so all figures are for the United States market and only from publishing companies, such as small/medium and large presses. Indie author books are normally not included.