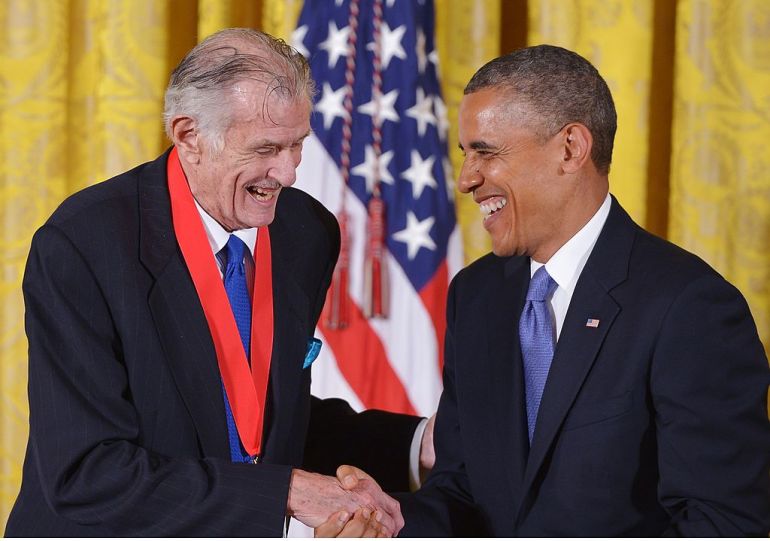 Perhaps a lot of the more “literary” readers wouldn’t spend much time on the passing of a sportswriter, but that’s because the term itself is completely misleading. The job of a sportswriter is to make the reader feel as though he was at the event, too, but without boring those readers who actually were there. No one did that better than iconic and multi-award winning author Frank Deford.

The first Deford book I picked up had absolutely nothing to do with sports, except in the regard that Deford himself was absent throughout many of the crucial events in the book due to his job. The book in question, Alex: Life of a Child, was a heart-ripping memoir of losing Deford’s daughter at age eight to cystic fibrosis. Throughout the painful and insightful tale, Deford is either reluctantly flying off at a critical point or racing home (often due to the medical crisis) because of his job.

Deford was obviously best known for his work with various print publications and news programs, but he was also a prolific author. With eighteen fiction and non-fiction published books to his credit–most of them sports-related as that was his renowned talent, even the novels–he had a broad reach for readers. His list of awards for his writing, given by some of the most prestigious recognizing bodies including the White House, is almost as long as his library of works.

As editor-in-chief, Deford also pioneered an attempt at a newspaper focused solely on sports, a publication that was not only more price-accessible than the major print publications but also provided readers with daily coverage. The National, as it was known, only lasted for eighteen months.