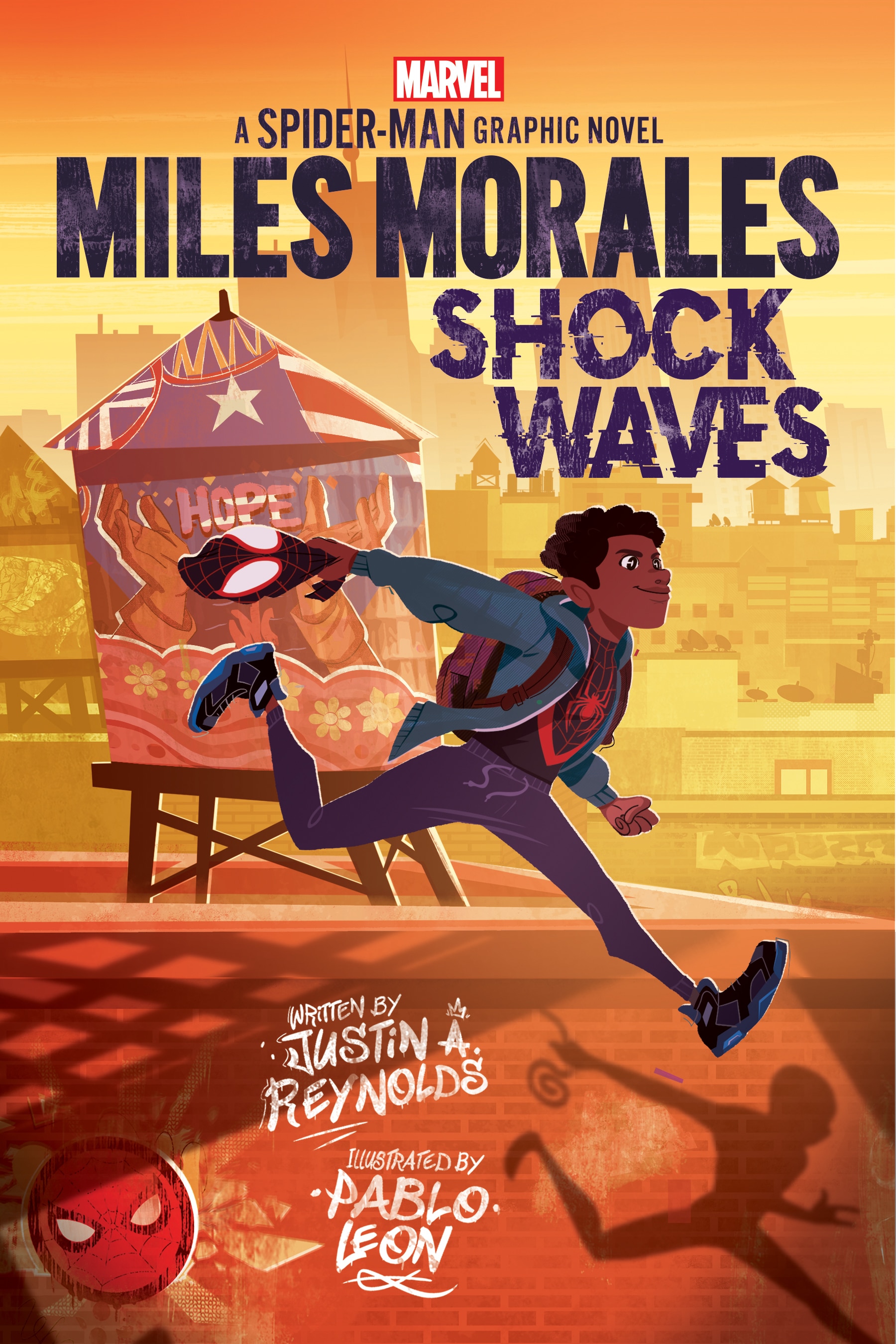 Marvel and Scholastic are teaming up to publish a series of original graphic novels that are aimed at young readers. The first title will be available next Spring and it is called Miles Morales: Shock Waves, written by bestselling author Justin A. Reynolds (Opposite of Always and the forthcoming novel, Early Departures) with art by Eisner Award-nominated artist Pablo Leon (The Journey)! Following one of Marvel’s most popular characters, Miles Morales: Shock Waves will introduce readers to a riveting new story that will thrill both new and well-versed comics readers alike.

Earlier this year, the collaboration between Marvel and Scholastic launched to critical acclaim with Shuri: A Black Panther Novel by New York Times bestselling author Nic Stone; soon to be followed by Avengers Assembly: Orientation by popular middle grade author Preeti Chhibber this August. In addition to releasing new OGNs starting in 2021, Marvel and Scholastic will continue its prose collaboration with new and sequel novels for readers everywhere.