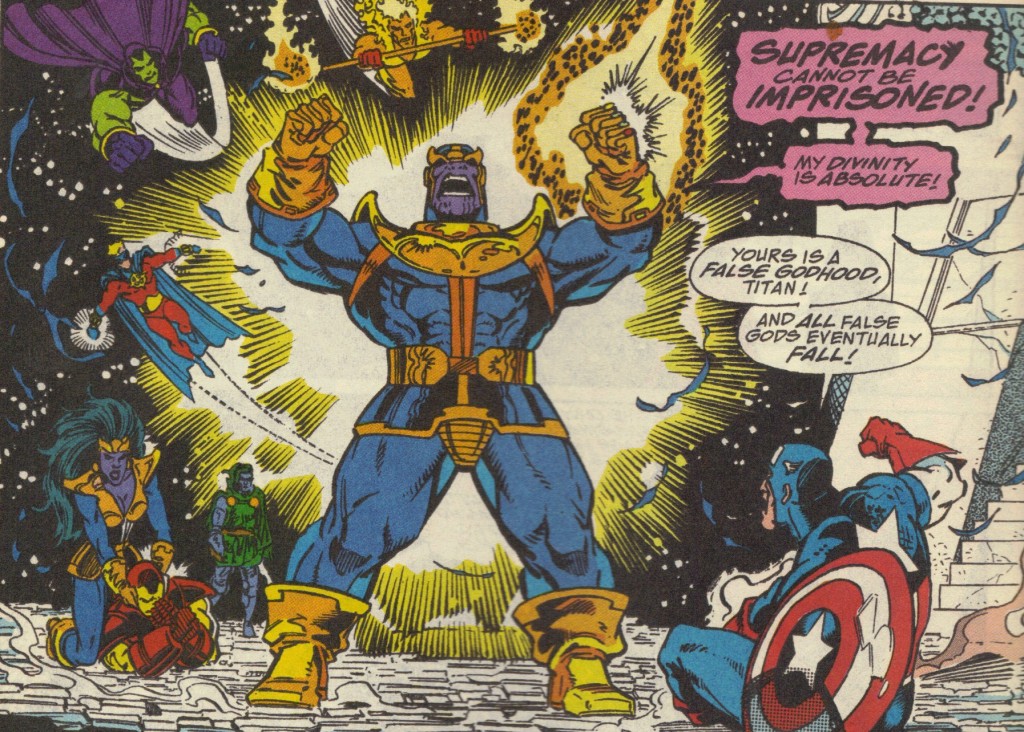 Thanos the Mad Titan took the Marvel Universe by storm when he wrecked havoc with the Infinity Gauntlet many years ago. Recently he was showcased in one of the end-scenes in the most recent Avengers movie. A new mini-series was set to be launched in the next few months that chronicled the origins of our favorite super-villain.  It was set to be penned by writer Joe Keatinge and artist Rich Elson. Marvel has now cancelled this series with no rhyme or reason.

Thanos creator Jim Starlin was pissed at Disney and Marvel when his beloved creation was in the Avengers movie. He never received compensation for the character being in the movie and no royalties were ever issued. He mentioned in a recent interview that “This is the second film that had something I created for Marvel in it – the Infinity Gauntlet in Thor being the other – and both films I had to pay for my own ticket to see them.  Financial compensation to the creators of these characters doesn’t appear to be part of the equation.”

Marvel is reportedly struggling to find records relating to the period in the mid-’70s when Thanos debuted in its comics. This factor is probably the main reason why the digital comic series was cancelled.