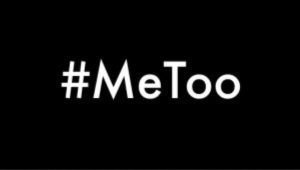 The #MeToo movement swept through social media and society like a wildfire, with every new day revealing a new victim (or fierce survivor) with a horrible tale to tell. As happens to all good things, the movement was quickly overtaken by the virus of skepticism, victim blaming, cries of attention whoring, and more. Men ranted about the unfairness of exposing “old” assaults while blithely asking the rhetorical question, “Is it even safe to speak to a woman anymore?”

Fortunately or not (depending on which figure you ask), the #MeToo movement brought out a short list of serious offenders in the publishing industry. Yes, the same sector of the consumer world that thought books by Milo Yiannopoulis and Anthony Scaramucci would be a good idea, had to own up to more than a few authors who’d taken a lot of liberties with fellow authors, librarians, and readers.

Bestselling names on this list included James Dashner of The Maze Runner book series and movie franchise, Jay Asher of Thirteen Reasons Why (book and Netflix series), and–ye gods–middle grade adventure novelist Daniel Handler, better known to the world as Lemony Snickett. Multiple women came forward about each author to share sordid stories of sexual harassment, inappropriate remarks aimed at and in front of children, and racist remarks about fellow authors who happen to be people of color.

Unfortunately, the waters surrounding any kind of claim such as these can be muddied, whether intentionally or not. In Asher’s case, he claims he voluntarily stepped down from a major writer’s organization after he was asked not to attend any more of their events; the organization claims they booted him for inappropriate behavior. Handler claims he knew nothing of the allegations against him or the #MeToo movement itself do to not spending a lot of time on the internet; he issued a half-apology when he learned people were bringing his name into it.

The sad truth about publishing’s involvement in this movement isn’t just that women have had to fight to speak up or that outsiders are belittling those people’s experiences, but rather how it affects all of us as readers and authors when one of them behaves in a reprehensible way.

Whether due to the #MeToo movement or simply budget, The Maze Runner franchise is most likely not finishing the series with the long-hoped for movie treatment for the prequels. Netflix has distanced itself from Jay Asher with a public statement that he is not involved with season two of Thirteen Reasons Why. Perhaps worse, a lucky select contingent of schoolchildren got the chance to meet their Unfortunate Events hero, but the most unfortunate event that day involved his regaling the kids with a story about having only one testicle.

That kind of thing changes readers… it really does.

When authors cannot maintain even the slightest sense of propriety and prove themselves as cretins who spit on equality, we as readers suffer a little, too. Two of the authors mentioned above have already been dropped by their agencies due to the allegations, and any projects that were in the works aren’t going to have the same appeal knowing who the individual really is.