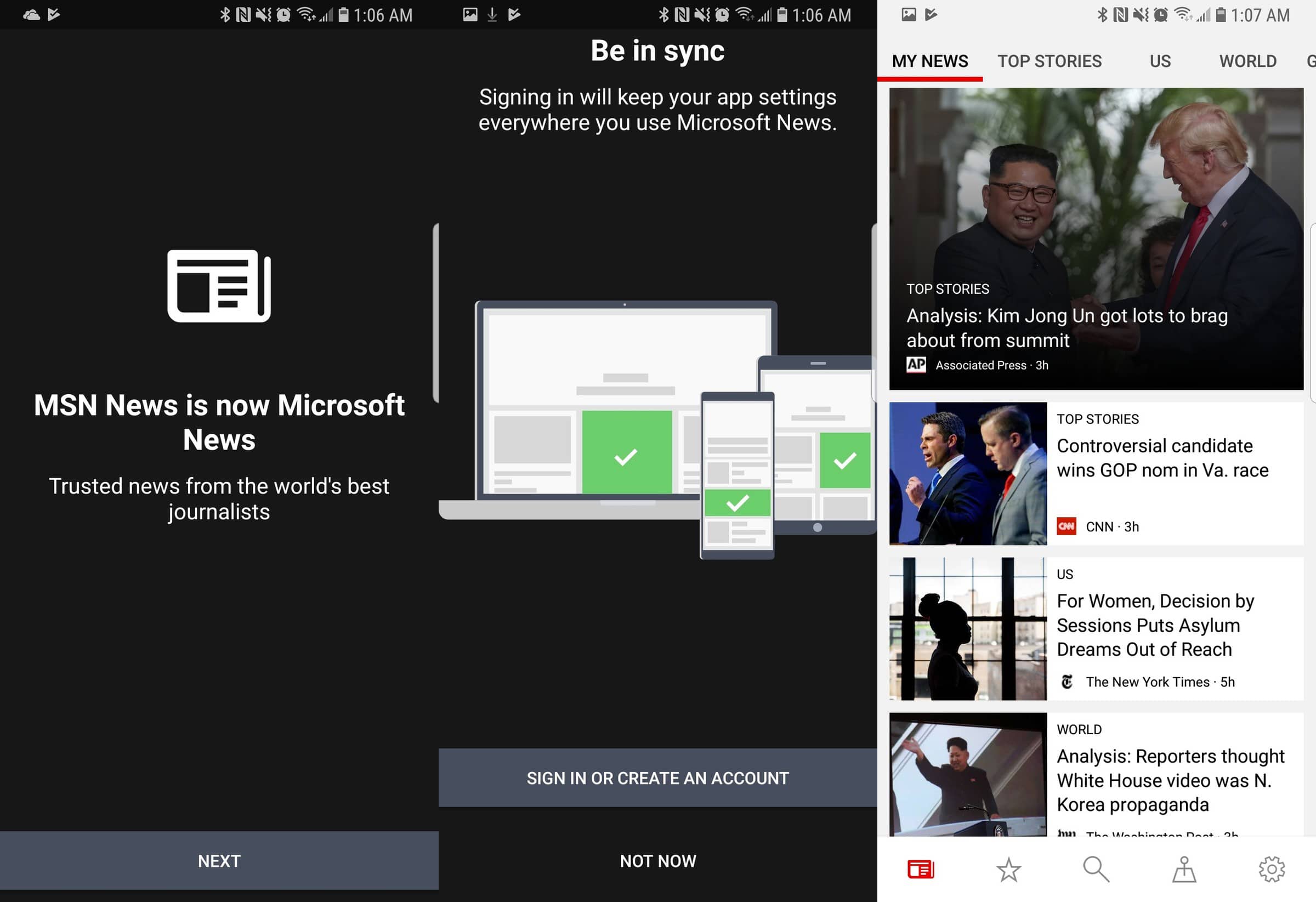 MSN News received a major overhaul in January and the revamp included the ability to keep your news interests in sync across all devices, a dark theme, and continuous scrolling from one article to the next. Within the next few weeks the app will be rebranded to Microsoft News and the update will be pushed to Android and iOS.

There will be little outward changes with the Microsoft News app. There will be a few new splash screens for people who are using the app for the first time. It remains to be seen if Microsoft will rebrand their other apps such as MSN Money and MSN Weather.