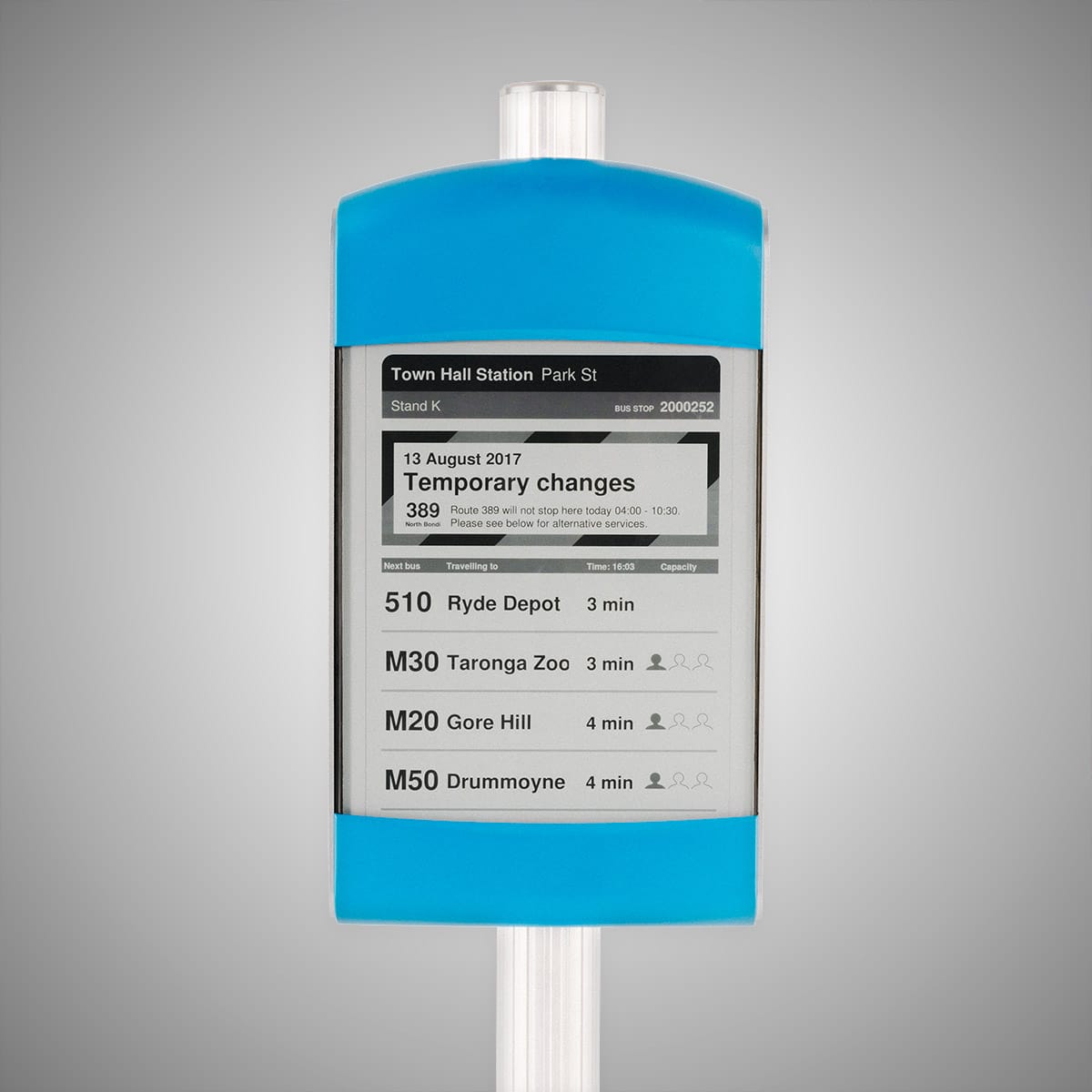 Visionect has just launched a pilot program in Sydney Australia for a series of E Ink bus stop signs. These bus stops are the result of their cooperation with the Australian company Mercury Innovation – these were their partners from a few years ago when they launched a series of e-paper traffic signs in Sydney. The new bus stops are powered by Visionect and designed by Mercury, and show real time arrivals, bus capacity info and other notifications. One of the great things about this project is the signs are solar powered.

These signs will be available for other countries to purchase in a few weeks.  Included with the stop is a software interface that allows users to publish and edit content to be displayed on the sign. The stops themselves are GTFS ready – meaning that they’re compatible with the standard format for public transportation schedules – so it makes no difference whether they’re installed in Canada or the United States, they would be compatible with the transit authority’s arrival and bus info feeds.

What I find interesting about these two companies first foray in 2013 is that the signs had a 0% failure rate five years later. This should be encouraging for any transit authority or city that wants to digitize their bus stops.