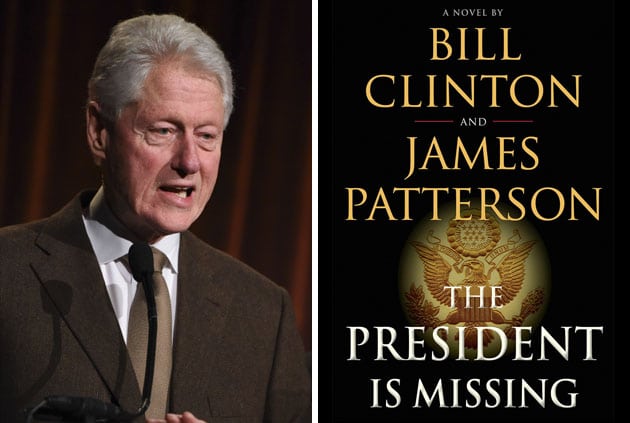 The President Is Missing by Bill Clinton and James Patterson is having a massive first week. 147,000 hardcover copies of the thriller were sold in bookstores and 113,000 audiobook and ebooks were sold from retailers such as Amazon, Apple iBooks, Barnes and Noble and Kobo.

The plot centers on a fictional president facing impeachment, for supporting terrorism, and tells of his efforts to thwart a potentially apocalyptic cyber attack. The novel has been billed as combining Patterson’s long background in thrillers and Clinton’s unique perspective as a former president. Reviews ranged from mocking (“Reveals as many secrets about the U.S. government as ‘The Pink Panther’ reveals about the French government,” wrote The Washington Post’s Ron Charles) to admiring. Nicolle Wallace, the political analyst and former White House aide, praised the novel as “ambitious and wildly readable” in a review for The New York Times. In The Wall Street Journal, Barton Swaim called the book “beach reading of a high order.”

“By any measure, this was a terrific opening week of sales, one that exceeded even our own optimistic projections,” Michael Pietsch, CEO of Hachette Book Group, said. “Sales continue apace this week, with Father’s Day on the horizon.”

Sonny Mehta, chairman of the Knopf Doubleday Group, added: “We are heartened by the response to the work, especially among readers.”