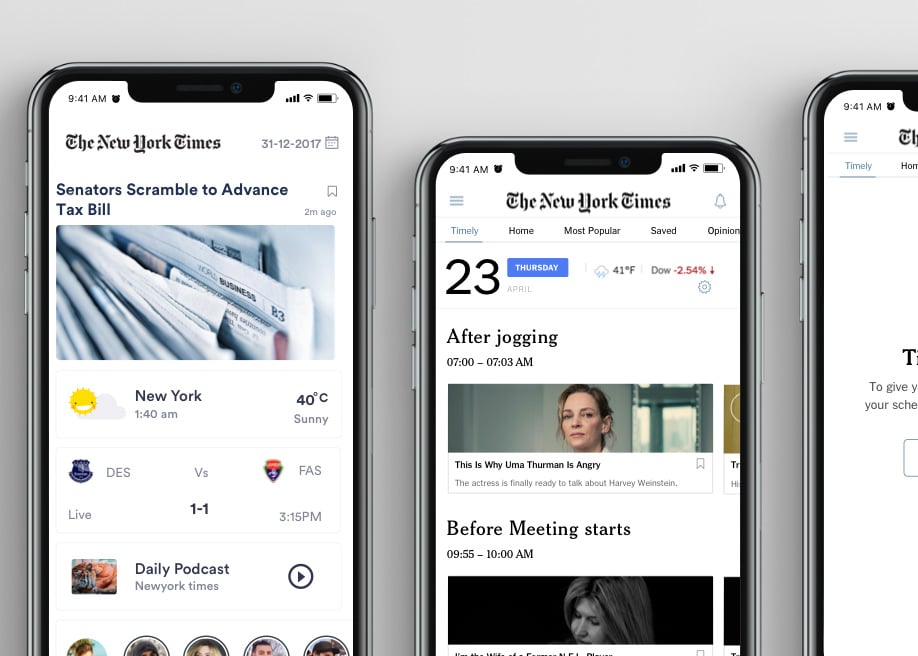 When Apple was in the middle of launching their Apple News program, they were courting major publications like the New York Times and Washington Post to post a few articles a day. Although many of the publishers decided not to join in on the fun, Apple did ink deals with some pretty big named outlets. Today, the New York Times is suspended their relationship with Apple and instead will focus on their apps and website.

“Core to a healthy model between The Times and the platforms is a direct path for sending those readers back into our environments, where we control the presentation of our report, the relationships with our readers, and the nature of our business rules,” Meredith Kopit Levien, chief operating officer, wrote in a memo to employees. “Our relationship with ‌Apple News‌ does not fit within these parameters.”

In a statement, an Apple spokesperson said that The New York Times only provided a few ‌Apple News‌ stories a day and that ‌Apple News‌ will still provide readers with trusted information from thousands of other publishers. “We are also committed to supporting quality journalism through the proven business models of advertising, subscriptions, and commerce,” said the spokesperson.

The New York Times did not participate in the Apple News+ subscription program,  which users pay a flat monthly rate to access free and premium articles, in addition to thousands of digital magazines. There are over 100 million monthly subscribers. This is only a recent system, which went live in 2019. The regular version of Apple News was released in 2015.

The Times only published 3-4 articles a day on Apple News, so it wasn’t like they were offering their entire newspaper away for free, they had hoped that these users would convert into direct paid subscribers on mobile, apps or their website, but did not occur in significant numbers. Will the defection spur other publishers to pull out? Only time will tell.