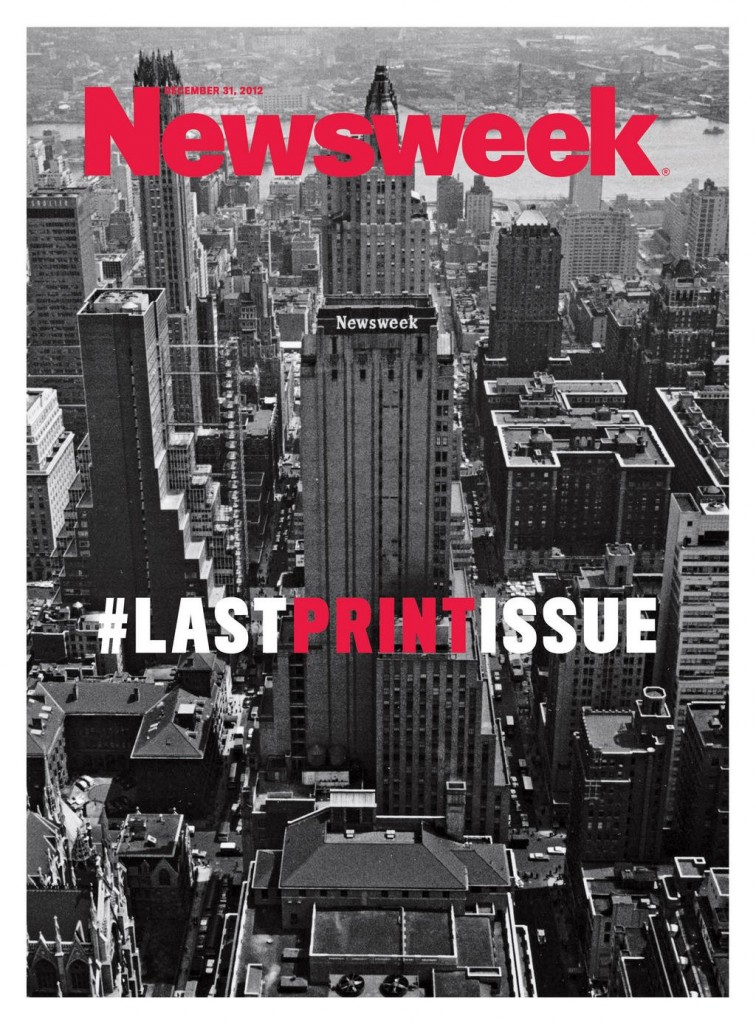 Newsweek has been releasing magazines for the last eighty years and is feeling the pinch of a waning circulation. The company announced in October that it will suspend printing up tangible issues and gravitate to the digital realm. Today, the publisher posted the cover art of the last ever issue and gets cheeky using the Twitter Hashtag #lastprintissue.

The new digital model Newsweek will employ is dubbed Newsweek Global. It will be available to purchase on e-readers, tablets, and mobile phones. There are few details on the tiered subscription model, but the company is in dire need of a new financial model. Newsweek lost 22 million dollars this year, mainly due to falling advertising costs. The company lost 16% of its advertisers in 2011 and a further 20% in 2010. Its parent company is IOC, which owns CollegeHumor, Ask, and Match.com, and knows a thing or two about pure digital distribution.

Hopefully Newsweek will find a second lease on life, but I doubt it. Generalist publications are quickly losing steam to specialized news sources. Online news is broken in seconds of it actually occurring and people these days tend not to catch up a full month after it happened.